Lawyers for Immigrants Who Crossed Into the U.S. Illegally Are Using Donald Trump's Own Tweets Against Him in Court--and It's Working 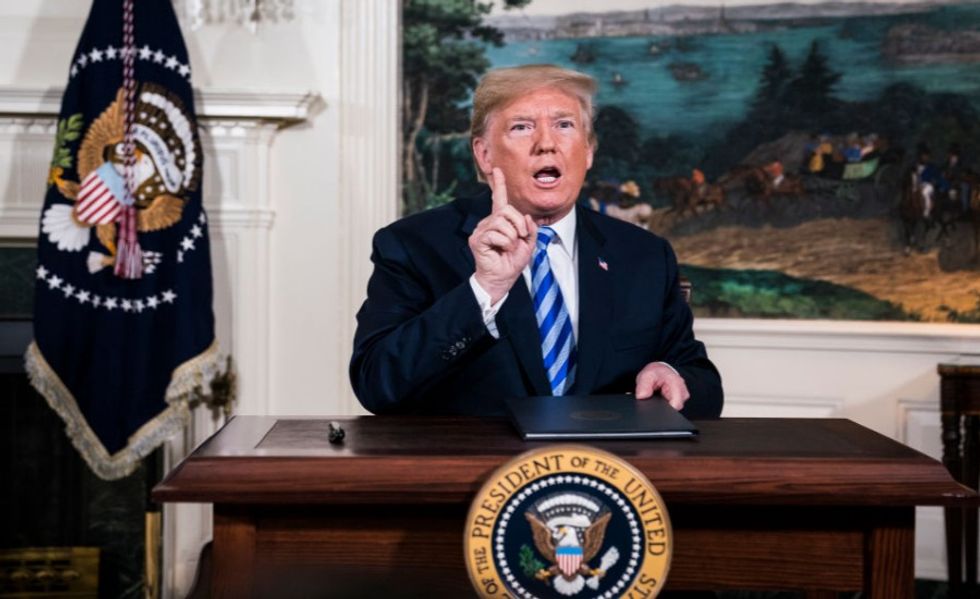 President Donald J. Trump in the Diplomatic Reception Room of the White House on Tuesday, May 08, 2018 in Washington, DC. (Photo by Jabin Botsford/The Washington Post via Getty Images)

After deriding United States immigration policies as "catch and release" and warning of an alleged "caravan of illegals" from Central America, the administration of President Donald Trump announced several new approaches. And they talked and tweeted about immigrants. A lot.

But the president's tendency to go to Twitter to vent is causing issues with several high profile immigration prosecutions. The lawyers for the immigrants are bringing Trump's tweets to court as proof of bias.

Attorney General Jeff Sessions made much of the recent detaining and pending prosecution of 11 immigrants, 3 women and 8 men. All 11 hail from from El Salvador, Guatemala, Honduras and Mexico.

In this case of alleged disparate treatment, more than one individual committed the same act, but only those individuals from a specific class or group were chosen for prosecution. The defense maintains the justice department targeted people from El Salvador, Guatemala, Honduras and Mexico.

In one instance, 5 immigrants under prosecution were traveling in a group of 18 people, including 3 from India. Border Patrol arrested all of them, but the justice department, under the guidance of Attorney General Sessions, chose to prosecute only 4 Hondurans and a Guatemalan and chose none of the Indians.

“This kind of invidious discrimination based on alleged country of origin is forbidden by the equal protection guarantees of the Fifth Amendment’s due process clause,” wrote Eric Fish, a federal public defender representing several of the immigrants.

They listed several of Trump’s tweets about the asylum-seeker caravan, composed mostly of Central Americans.

While Trump's Twitter account is an effective means to bolster support for his viewpoint or political agenda among his base, it can also be an equally effective tool for showing his administration's mindset. Or in this case, a pattern of bias.

Border Patrol Agents are not allowed to properly do their job at the Border because of ridiculous liberal (Democrat… https://t.co/DdTVIyin70
— Donald J. Trump (@Donald J. Trump) 1522590994.0

The original $10,000 bonds sought by the justice department were reduced in several of the “caravan” cases. For two women travelling with their children, they have been released from custody pending trial.

In both cases, their lawyers argued the women were not flight risks because they seek asylum in the United States. Judges lowered bond amounts for three others by Thursday.

Of the 11 under prosecution, 3 involved mothers traveling with their children and at least 5 planned to seek asylum. Those two categories typically went to civil immigration proceedings rather than criminal prosecution.

But prosecutions will become more common after Sessions implemented a “zero tolerance” policy this month, calling for all immigrants arrested at the border to be evaluated from potential prosecution. The expressed intent is to separate families crossing the border, whether they seek asylum or not.

Our Southern Border is under siege. Congress must act now to change our weak and ineffective immigration laws. Must… https://t.co/JDTz0IUwMc
— Donald J. Trump (@Donald J. Trump) 1525429351.0

The president appears fixated on the United States Southern border, as though the majority of illegal immigration occurs through people simply walking or driving across the border. However statistics from the justice department and border enforcement show most people living in the United States illegally initially entered legally as tourists or through a visa of some kind, then failed to leave after their visa expired.