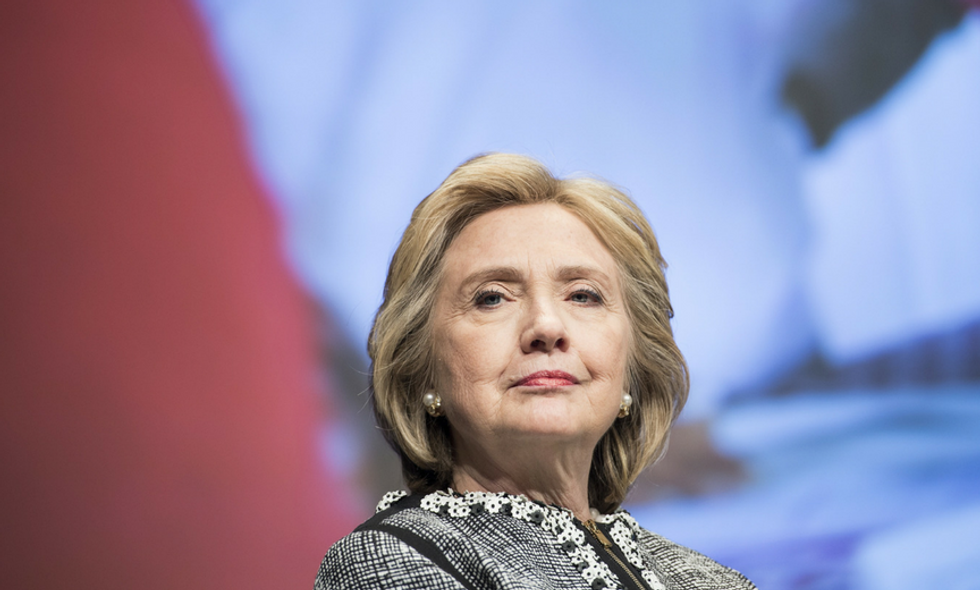 President Donald Trump on Thursday tweeted a partial video clip of Hillary Clinton talking about a “strong Russia” while she was serving as Secretary of State.

"This is classic!" Trump said, implying that Democrats' anti-Russia position was somehow hypocritical.

“We want very much to have a strong Russia because a strong, confident, prosperous, stable Russia is, we think, in the interests of the world,” Clinton said in the clip.

The president's attempted swipe at his 2016 rival was met with immediate pushback by Clinton, who responded with a video of her warning Americans about Trump's dangerously subordinate relationship with Russia.

"That's a clip from when Medvedev was president," Clinton replied in a tweet.

@realDonaldTrump That’s a clip from when Medvedev was president. Here’s what I said about Putin’s Russia. https://t.co/a0bIeg1kZ4
— Hillary Clinton (@Hillary Clinton) 1532039089.0

"What's most striking about all of this, I would argue most important voters to consider, is the relationship between Donald Trump and Russian President Vladimir Putin," the former secretary said in 2016. "Putin is a trained intelligence officer from the old KGB. He knows he can use flattery to get into Donald's head, to make him a Kremlin puppet. And it seems to be working."

In the excerpt shared by the president, Clinton was responding to a question about “America’s place in the modern world."

Not once did Clinton concede anything to Putin.

“It’s both in this way, Vladimir. It is a force to sustain an equilibrium that permits countries and individuals to progress, to become more self-realizing,” Clinton replied. “I mean, we want very much to have a strong Russia because a strong, competent, prosperous, stable Russia is, we think, in the interests of the world.”

But at the same time, there are countries and places where the status quo is just not acceptable. Last summer, I went to the Democratic Republic of Congo. I went to Eastern Congo where 5.4 million people had been killed in the last 15 years, the greatest death toll since the second world war. We don’t want that status quo to be sustained.

You can watch the entire interview here:

Twitter also fired back at Trump for spreading "fake news."

People are exaseperated with Trump.

@HillaryClinton @realDonaldTrump Donald trump is a traitor to the American people and to the Constitution of the Un… https://t.co/NzgRmm3MJ6
— Trink (@Trink) 1532098303.0

Clinton famously referred to Trump as a "puppet" during the third presidential debate in 2016.

Indeed, Trump appears to have a close relationship with Putin, and he's not even trying to hide it anymore. Like Clinton said, Putin's flattery of Trump "seems to be working."

At last month's G7 summit in Canada, Trump blasted American trading allies for kicking Russia out of the conference after Putin invaded and annexed Crimea, Ukraine, in 2014. Trump blamed Obama for Putin's actions and even suggested he would be willing to recognize Russia's illegal occupation of the Ukrainian territory.

Trump also accused trading partners of cheating the United States, for which he imposed stiff tariffs on imported aluminum and steel from Canada, China, and Europe.

When Trump met with the 28 other NATO member nations last week in Brussels, Belgium, he threatened to blow up the alliance if countries refused to start paying what he says would be their fair share, demanding four percent of their GDP. NATO guidelines suggest they pay two percent, however, most nations pay what they are able to afford. The U.S. shoulders most of the cost.

Both of these instances are what Russia has wanted - a destabilized west and recognition as a major world economic power, even though they are the 30th largest trading partner with the U.S.

Russia's GDP is roughly the equivalent to the GDP of the state of New York.

All of this pales in comparison to Trump's private meeting and subsequent press conference with Putin in Helsinki, Finland on Monday, at which Trump defended Putin's denial of attacking the 2016 presidential election. On Thursday, the White House announced Trump intention to hold a second summit with Putin in Washington D.C. sometime this fall.