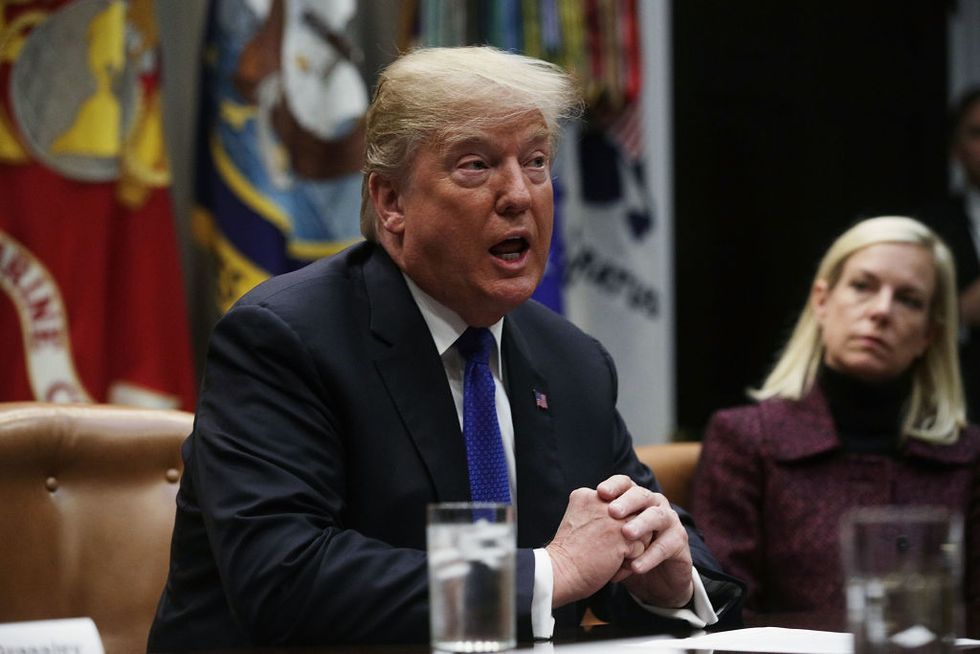 A heartbreaking story uncovered by Sarah Stillman in The New Yorker has brought even more attention and outrage to the Trump administration's "zero-tolerance" policy in regards to illegal immigration. The policy, which resulted in the widespread separation of thousands of families, was supposed to be reversed earlier this year.

In an effort to escape threats of gang violence in their native Honduras, Helen and her grandmother Noehmi traveled a perilous thousands of miles before finally reaching southern Texas. There, the two were separated, with Noehmi being told that Helen's mother, Jeny, would soon be able to retrieve the child.

After connecting with Jeny, Noehmi learned this was not the case. Helen was brought to a shelter where she was given classes and crafts projects, often asking when her grandmother would come to get her. Per the Flores settlement, Helen had a right to a bond hearing before a judge. The hearing would have likely increased her chances at being swiftly released from detention and reunited with her family.

But, on a form filled out with assistance from officials, Helen waived her right to a hearing:

there is a checked box next to a line that says, “I withdraw my previous request for a Flores bond hearing.” Beneath that line, the five-year-old signed her name in wobbly letters.

Officials took the 5-year-old's signature as valid, despite likely not comprehending at such a young age what she'd agreed to.

Now, Americans are expressing outrage at actions they view as deceitful and downright cruel.

This is literally evil. A 5 year old signed a contract forfeiting her rights and was immediately put in foster care… https://t.co/LS5VpfaaWx
— Bill McKibben (@Bill McKibben) 1539386286.0

@SeanLavery @sheisartmoney This is just ridiculous and besides being utterly disgusting is in flagrant breach of in… https://t.co/0rFK7RVQQN
— Alan Morse Davies (@Alan Morse Davies) 1539315899.0

Many are in sheer disbelief that a contract signed by a five-year-old for whom English is not the first language could ever be presented as legally binding.

As is easy to imagine, the contract resulted in complicating Noehmi's search for her granddaughter even more.

In a court hearing that granted Noehmi more time to apply for asylum in the United States, she and other relatives asked for more information as to Helen's whereabouts.

“Judge, this case doesn’t stop here,” Delgado said. “What about the little child lost in the system?”

The judge looked confused. “What do you mean?” he asked.

“Well, where is Helen, the five-year-old?”

The judge, Delgado recalled, seemed startled. Both he and the government prosecutor had no idea that Helen existed, let alone where she was being held.

Noehmi's attorney, Eugene Delgado, frantically searched for Helen--invoking the help of numerous caseworkers and other officials. After finally learning of her placement, Noehmi was allowed short weekly phone calls with the child and, eventually, visits while the child was in foster care. They would not be reunited permanently for months.

The case appears to confirm what has concerned many: that the family separation policy is still very much alive and only more covert. In addition to blaming President Donald Trump, many believe responsibility for the inhumane actions also rests on U.S. Secretary of Homeland Security, Kirstjen Nielsen.

@JoyceWhiteVance This Administration is amoral. I hope all involved in the separation & incarceration of these chil… https://t.co/pyDZgOPTrL
— KayJay (@KayJay) 1539557463.0

Kirstjen Nielsen lied about the child separation policy and kids are still locked in cages. But both sides.
— Matt Murphy (@Matt Murphy) 1538977011.0

Helen has since been reunited with her family, but only after a petition on her behalf garnered thousands of signatures. Her grandmother has surmised that the child, who has reportedly exhibited strange behavior since, believes she was abandoned by her family.

The White House is reportedly looking into a new version of the policy. More than 200 children remain separated from their guardians.