Gun Sales in the U.S. Are Down Since Trump Got Elected for Exactly the Reason You Think

They call it the 'Trump slump.' 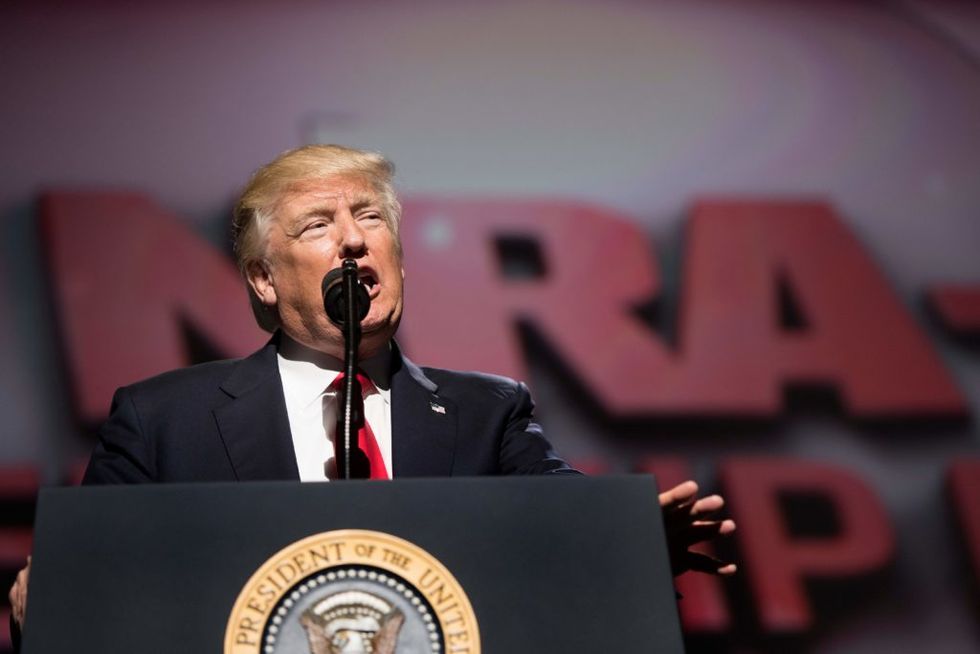 The phrase "sex sells" is synonymous with advertising and marketing strategy for virtually everything bought and sold. But it turns out for some merchandise, "fear sells" applies even more.

Of course the marketing for self defense or personal safety products relies heavily on fear to promote consumer purchases. But a different kind of fear propels gun sales in the United States and right now gun buyers simply are not feeling sufficiently fearful.

Despite conspiracy theories about a deep state shadow government and stories of potential civil wars being promoted by high ranking government officials as facts, the fear they instill in the public fails to drive gun sales.

The fear that best sells guns is one based on the fear of not being able to buy a gun.

But a President and Vice President closely aligned with the National Rifle Association (NRA)—the largest gun rights lobbyists in the US—currently preside over the executive branch of the government. And the recipients of the most money from the NRA—the Republican Party—control both houses of Congress.

The sales of guns went into a "Trump slump" in 2017 because no one thinks the Trump administration or a GOP controlled Congress will ever limit gun rights. While the NRA could promote President Barack Obama or other members of his administration as coming after people's guns, that marketing fails when replaced with the name Donald Trump or Mike Pence.

And that is a problem for those behind the bulk of NRA funding—gun manufacturers and sellers. The NRA currently represents less than 5 percent of gun owners but accepts large sums for their lobbying efforts from firearms and accessories makers and dealers.

As horrible as the NRA claimed Obama and Democrats were for gun rights, they were great for gun sales.

Sales of the oft debated AR-15 dropped 50 percent since Trump took office. The weapon most closely associated with mass shootings saw sales surges after each such incident while Obama remained in office over fear a ban on the weapon would occur.

"Obama was the best AR-15 salesman there was."

Or rather the fear that Obama would take the gun off the market spiked the weapons sales. The same occurred for certain types of ammunition and accessories. If Democrats talked of banning it or limiting its sales while a Democrat resided in the White House, sales soared.

The Federal Assault Weapons Ban of 1994—signed by President Bill Clinton—restricted manufacturing of various types of semiautomatic firearms and limited sales to existing older models. The ban expired in 2004 but the threat of its reinstatement helped drive sales throughout the Obama administration's years in office.

Fear of a Hillary Clinton presidency also caused firearms and accessory sales to soar in 2016 to new heights.

Another indicator of the Trump slump is reductions in background checks.

"Sales have normalized because you don’t have the fear-based market."

@WSJ Assault rifle buyers motivated by fear? No surprise there. The same is true of conservatives in general: https://t.co/8e1cieCwYE
— Libration (@Libration) 1535649266.0

The Trump slump. America's oldest gunmaker, Remington, files for bankruptcy protection. @adamwinkler says the drop… https://t.co/Bwufz3XQrg
— As It Happens (@As It Happens) 1522099923.0