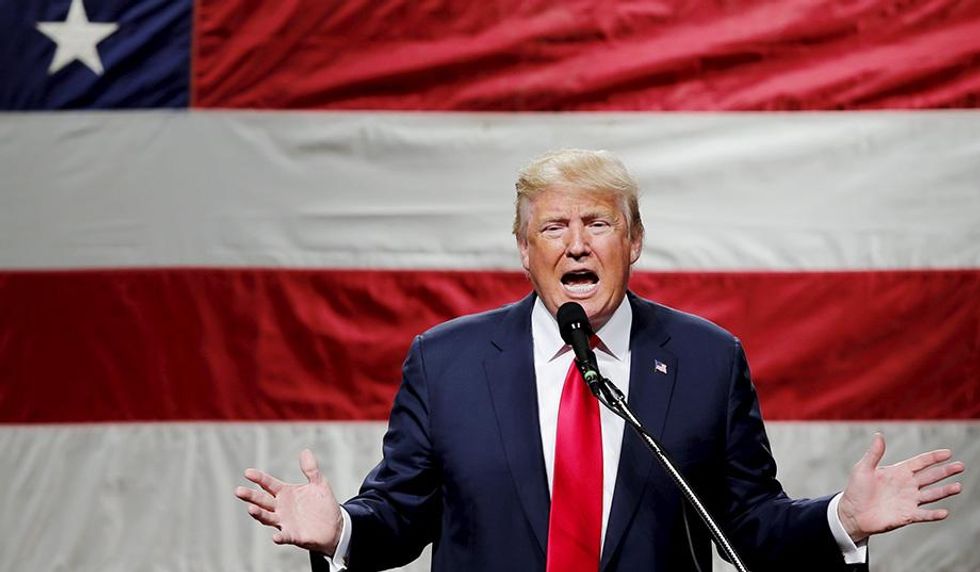 A new amendment by the GOP Rules Committee could provide delegates a way out of voting for Trump on the first ballot. The proposal would grant delegates “conscientious objector” status, which would free them from their pledge to vote as the result of primaries and caucuses. The measure would redefine the “faithless delegate” rule enacted at the previous convention to afford delegates “a vote of conscience, whether personal or religious.”

The proposal defines “allowable personal reasons” as “including the public disclosure of one or more grievous acts of personal conduct by a nominee candidate, including but not limited to criminally actionable acts, acts of moral turpitude or extreme prejudice, and/or notorious public statements of support for positions that clearly oppose or contradict the policies embodied in the Republican Party’s platform as established at the national convention.”

Colorado delegate Kendal Unruh, who sponsored the measure, explained why its introduction was necessary. “All I'm doing is adapting to the circumstances,” she told ABC. “I certainly believe Trump's demagogic racist comments are hurting him.”

Current rules bind nearly all convention delegates to the results of primaries and caucuses in their states or territories. The amendment would free delegates frustrated with Donald Trump’s candidacy from voting for him. Taken to an extreme, the measure could deny Trump the 1,237 delegates required to win the nomination, even on the first ballot.

This proposal is one of several put forward by the committee to undermine Trump. The most radical of these proposals would unbind delegates for any reason whatsoever while more limited proposals offer delegates other outlets to voice their concerns about Trump at the convention.

A Convention of Conscience in Cleveland would be quite something. Made easier by fact Trump only won minority of total primary votes anyway.
— Bill Kristol (@Bill Kristol) 1465525684.0

Kristol, who has openly sought a candidate to mount an independent bid against Trump, also expressed his continued support for an independent candidacy, but added

that he is “struck” by “[the] sudden level of interest in possible delegate revolt at the convention.” Additionally, Kristol linked to an op-ed in the National Review by attorney David French, in which French claimed that not a single one of Cleveland’s delegates was actually “bound” to Trump. French was Kristol’s pick for an independent bid until French announced he would not seek the presidency.

Bob Vander Plaats, who backed Sen. Ted Cruz in the primaries and is the head of The Family Leader, a social conservative group based in Iowa, admitted that “everything does need to be on the table” at the convention, but he does not necessarily support a full-fledged delegate revolt. “We want a principled conservative and disciplined candidate who is the standard-bearer of this party,” he said. “We're watching Trump.” 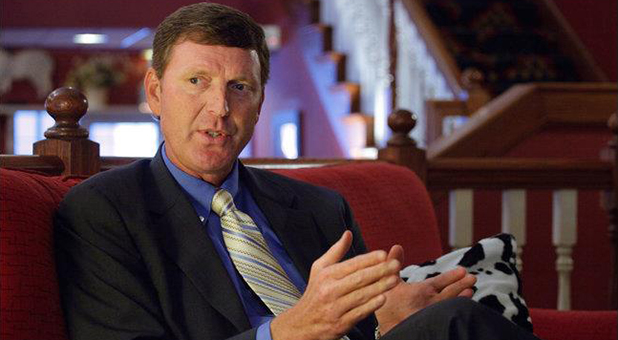 When asked about the possibility of a delegate revolt, Trump said he had “no comment” but insisted that his detractors already “had their chance” to undermine his presidential prospects. “All I’ve heard is I’ve got more votes than anybody in the history,” Trump said. “So I think it’s a little hard for somebody to do that. More votes than anybody in history. They had their chance. I do know they represented other people who were defeated. And they had their chance. They could have won but they didn’t.”

Earlier this morning, Trump campaign spokeswoman Hope Hicks announced Trump fired his longtime campaign manager, Corey Lewandowski. Lewandowski had been at odds with the campaign's direction for some time and regularly clashed with Trump's top strategist Paul Manafort, who has attempted to imbue the campaign with a more traditional structure. Lewandowski had appeared with Trump at events and fundraisers as recently as this weekend. Lewandowski's firing will have major implications for an already tempestuous campaign as criticism towards Trump continues to rise and poll numbers continue to slip only a month away from the Republican National Convention.

A break from the existing rules would require the support of the 112 delegates (two from each state and territory) on the Rules Committee. These delegates would then need to pass the amendment and bring it to the floor of the convention, where the majority of delegates would have to provide their approval. The Republican National Committee’s support for Trump as the presumptive nominee complicates this further. But some party leaders are backing off their earlier pledge to support him wholeheartedly.  Speaker Paul Ryan has openly distanced himself from the presumptive nominee. As he told NBC’s Chuck Todd in an interview last week, people need to follow their own consciences. “The last thing I would do is tell anybody to do something that’s contrary to their conscience. This is a very strange situation. This is a very unique nominee.”