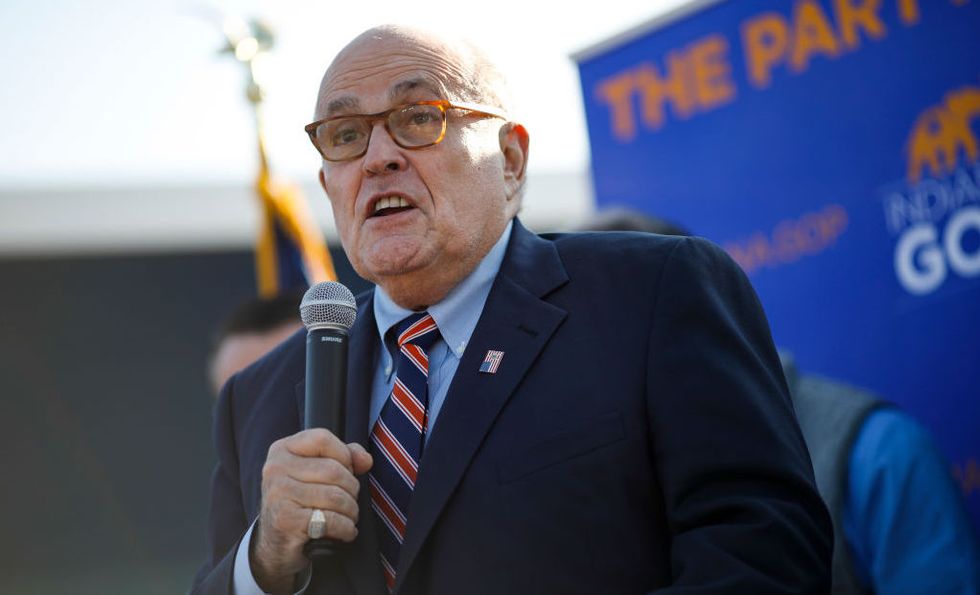 After the sentencing of President Donald Trump's longtime personal lawyer and fixer, Michael Cohen, speculation grew that the President himself may face charges in the future. Then further revelations also implicating Trump came from the cooperation of American Media Inc, parent company for The National Enquirer, with federal prosecutors.

People weighed in on whether a sitting President could be subject to indictment with most constitutional law experts agreeing it depended upon the circumstances.

With the get out of jail free card off the table, Trump's latest personal lawyer and mouthpiece, former New York City mayor Rudy Giuliani unveiled a new defense tactic. It did not go over as well as hoped.

Wednesday, the former prosecutor who now spends his time speaking to the press in defense of his employer, told The Daily Beast:

"Nobody got killed, nobody got robbed… This was not a big crime. I think in two weeks they’ll start with parking tickets that haven’t been paid."

Interesting words considering Giuliani's background in prosecution of such crimes.

People reacted strongly to the minimization of the seriousness of the crimes that lead to Cohen receiving 3 years or 36 months in prison. Fellow lawyer George Conway weighed in on Giuliani's statement.

“I do solemnly swear (or affirm) that I will faithfully execute the Office of President of the United States, and w… https://t.co/uWYtbGHSsf
— George Conway (@George Conway) 1544788905.0

Others jumped in to criticize the GOP as well.

@MollyJongFast @samstein Nobody got killed: Just a few Russians, and a couple of reporters as a result of his elect… https://t.co/neEysMoqIl
— MISHMASH (@MISHMASH) 1544788589.0

Many disputed Giuliani's claim that "no one got robbed."

While others took issue with Giuliani implying laws being broken should be viewed differently if it's "not a big crime" in his eyes.

Many picked up on the fact that Giuliani admitted a crime was committed by the President...

...even if it was just a small one according to Trump's lawyer.

Friday morning, Giuliani attempted to backtrack on his earlier statements. It went as well as expected.

CORRECTION: I didn’t say payments were not a big crime. I have said consistently that the Daniels and McDougall pay… https://t.co/7WbaYFySLv
— Rudy Giuliani (@Rudy Giuliani) 1544806435.0

@RudyGiuliani Check your premise, Mr. Giuliani. They were crimes, which is why federal prosecutors charged them as… https://t.co/42d9pieySD
— Renato Mariotti (@Renato Mariotti) 1544806591.0

@RudyGiuliani Dear God you are pitiful! A perfect compliment to the dumber than dumb Trump. You should try out for… https://t.co/JNaAk1fkgb
— sue gordon (@sue gordon) 1544808176.0

The crimes Giuliani referenced relate to the Department of Justice's investigation and case by the Southern District of New York's office. Robert Mueller's Russia investigation may yet indict more members of the Trump administration, campaign or family.