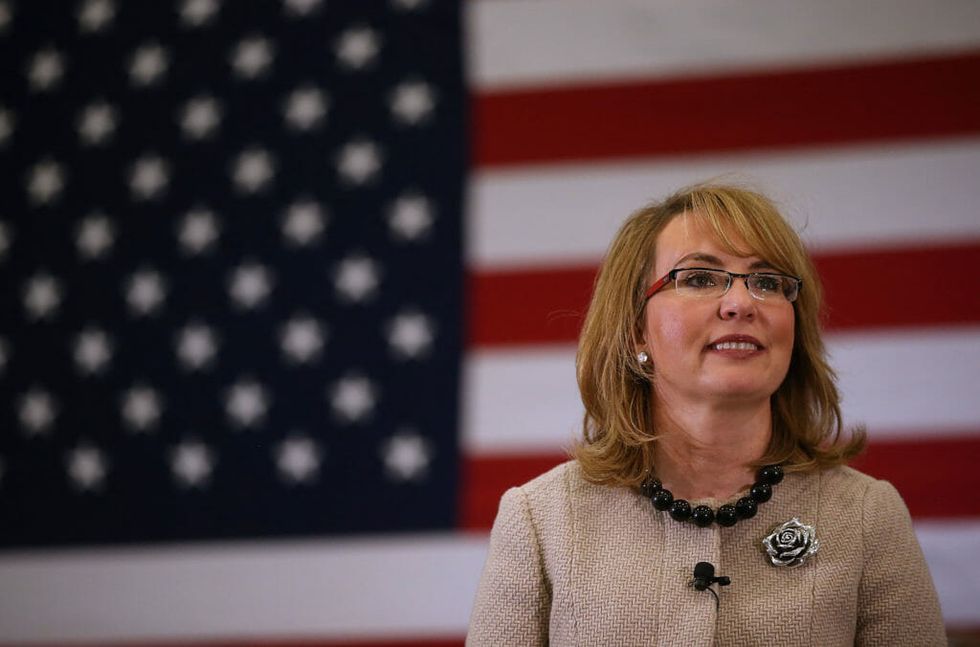 The Giffords Law Center to Prevent Gun Violence, the gun control group founded by former Arizona Representative Gabrielle Giffords, this week filed a lawsuit against the Bureau of Alcohol, Tobacco, Firearms and Explosives (ATF) for failing to comply with Freedom of Information Act (FOIA) requests to turn over documents that could show the National Rifle Association’s (NRA) influence over President Donald Trump’s gun policies.

The Huffington Post obtained the lawsuit (you can read it HERE), which cites two instances of the ATF failing to respond to FOIA requests, including:

whether officials from ATF spoke to, or were otherwise influenced by, individuals affiliated with the Washington gun lobby in the period immediately following the mass shooting in Las Vegas, Nevada on October 1, 2017

the extent to which the Washington gun lobby’s influence has caused ATF to pursue dangerous policies and to oppose common sense gun-violence prevention measures.

The lawsuit goes on to note (among other things) that:

Robyn Thomas, executive director of the Giffords Law Center, issued the following statement: “The Trump administration appears willing to let the National Rifle Association dictate its federal gun safety policy, which includes remaining silent on how to stem our nation’s gun violence epidemic. Protecting the safety of Americans should be the top priority of any president. Unfortunately, gun lobby profits seem to be more important to President Trump.”

Giffords has been at the forefront of the movement to curb gun violence since she survived an assassination attempt in January 2011. Giffords was shot in the head by Jared Lee Loughner during an event outside a Tuscon grocery store. Six others were killed and an additional 12 were injured during the attack.

Earlier this week, Giffords commented on the shooting in Sutherland Springs, which began after shooter Devin Patrick Kelley walked into the First Baptist Church and began shooting, killing more than 25 people and wounding many others.

"I am heartbroken to hear that once again a place for peace and prayer became a scene of horror and fear," Giffords said.

She continued: "The alarming frequency with which we watch terrifying scenes unfold in our communities is devastating – and it’s not normal. I am praying that our lawmakers find the courage to face our nation’s gun violence problem. This must stop."

In the wake of Tuesday's election, which yielded significant victories for Democrats nationwide, Giffords also congratulated Danica Roem after became the first openly transgender lawmaker to be elected in the state after she defeated incumbent delegate Bob Marshall, who had been elected 13 times over 26 years, for a seat in the Virginia House of Delegates. Giffords noted that Marshall was beholden to the gun lobby.

Congratulations to @pwcdanica on an important win for Virginia and our nation! Inspiring to see this glass ceiling… https://t.co/kJeDc9Naoq
— Gabrielle Giffords (@Gabrielle Giffords) 1510111091.0