Father of a Parkland Shooting Victim Explained How Brett Kavanaugh Reacted When He Introduced Himself, and People Are Pissed 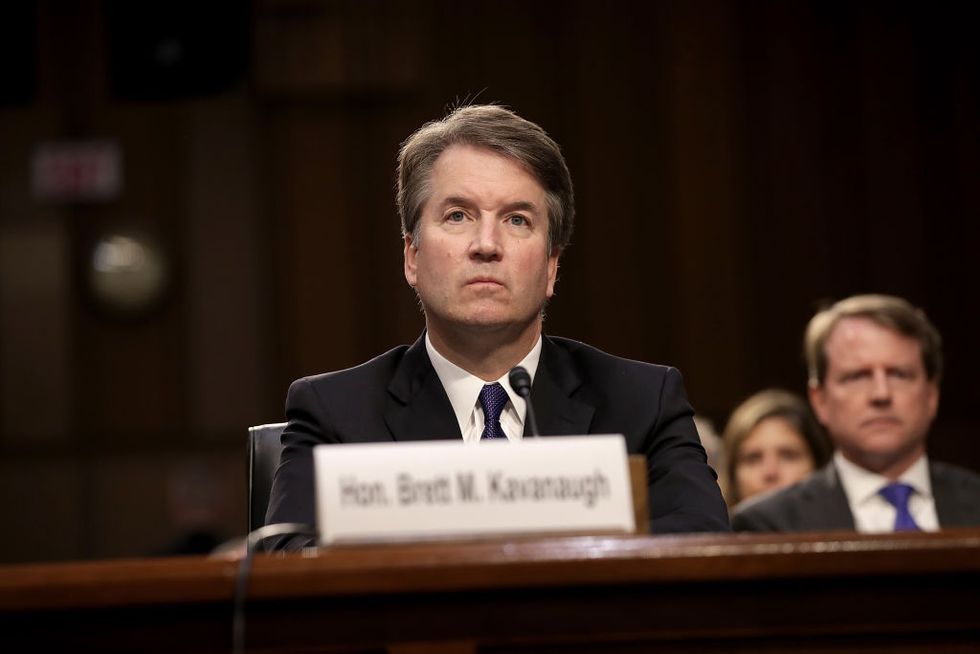 The father of a student who was murdered during the massacre at Marjory Stoneman Douglas High School in Parkland, Florida, is making waves after he recounted what it was like to meet Brett Kavanaugh, who is President Donald Trump's nomination to the Supreme Court, at the latter's Supreme Court confirmation hearing.

Guttenberg, whose daughter, Jamie, died in the shooting on February 14, said he attempted to introduce himself to Kavanaugh after this morning's Senate session ended, but was rebuffed.

"He pulled his hand back, turned his back to me and walked away," Guttenberg said.

Just walked up to Judge Kavanaugh as morning session ended. Put out my hand to introduce myself as Jaime Guttenber… https://t.co/OhU9rlYRec
— Fred Guttenberg (@Fred Guttenberg) 1536080589.0

White House spokesman Raj Shah tweeted in response to Guttenberg, saying "an unidentified individual approached" Kavanaugh, and that "Before the judge was able to shake his hand, security had intervened."

@RajShah45 Incorrect. I was here all day and introduced by Senator Feinstein. No security involved. He turned and walked away.
— Fred Guttenberg (@Fred Guttenberg) 1536085664.0

Andrew Harnick, a photographer with The Associated Press, captured the moment Kavanaugh turned away.

Fred Guttenberg, the father of Jamie Guttenberg who was killed in the shooting in Parkland, Fla., left, tries to sh… https://t.co/6RWYF0rswm
— Andrew Harnik (@Andrew Harnik) 1536084276.0

And there's also a video of the encounter, courtesy of C-SPAN.

Kavanaugh was subjected to criticism almost immediately, with some positing that acknowledging Guttenberg would have opened Kavanaugh up to backlash from his Republican supporters.

@fred_guttenberg This is the purest reflection of Brett Kavanaugh's soul: he simply doesn't have the guts to even a… https://t.co/NCwJEANn8O
— Pé Resists (@Pé Resists) 1536082892.0

@andyharnik @townhallproject @realDonaldTrump @AP Everywhere. This must be shown on every media outlet. This is w… https://t.co/MNwOGiJUZY
— Stephanie Elliott (@Stephanie Elliott) 1536084723.0

@andyharnik @realDonaldTrump @AP Heartless. One day when we have common sense gun legislation as part of the law of… https://t.co/Tcwe9Ztpzb
— Andy Dunscombe (@Andy Dunscombe) 1536084783.0

Kavanaugh's views on gun control have come under scrutiny, particularly from Senator Dianne Feinstein (D-CA), who is the ranking member of the committee.

"In District of Columbia v. Heller, you wrote that 'unless guns were regulated either at the time of the Constitution was written or traditionally throughout history, they cannot be regulated now," Feinstein said in her opening remarks, adding:

In your own words, gun laws are unconstitutional, unless they are quote 'traditional or common in the United States.' You concluded that banning assault weapons is unconstitutional because they have not historically been banned. And this logic means that even as weapons become more advanced and more dangerous, they cannot be regulated ... If the Supreme Court were to adopt your reasoning, I fear the number of victims would continue to grow and citizens would be rendered powerless in enacting gun laws.

Feinstein made it clear she stood in stark opposition to Kavanaugh's views on guns, saying that if the Supreme Court were to adopt his reasoning, she fears "the number of more victims will continue to grow."

Very powerful moment from @SenFeinstein as she confronts Kavanaugh for advancing @NRA's "guns everywhere and for ev… https://t.co/7wbMFAwVnk
— igorvolsky (@igorvolsky) 1536080712.0

.@BenSasse dismisses concerns that Kavanaugh's appointment will result in people dying because of his positions on… https://t.co/d13bCxpohA
— Aaron Rupar (@Aaron Rupar) 1536082969.0

During the hearing, he pleaded with his colleagues to support Kavanaugh and "stop the charades."

"So the question before us today is not what is Brett Kavanaugh think 11 years ago on some policy matter, the question before us is whether or not he has the temperament and the character to take his policy views and his political preferences and put them in a box marked irrelevant and set it aside every morning when he puts on the black robe. The question is does he have the character and temperament to do that," he said, adding:

If you don't think he does, vote no, but if you think he does, stop the charades because at the end of the day I think all of us know that Brett Kavanaugh understands his job isn't to rewrite laws as he wishes they were, he understands that he's not being interviewed to be a super-legislator, he understands that his job isn't to seek popularity, his job is to be fair and dispassionate. It is not to exercise empathy. It is to follow written laws. Contrary to the Onion-like smears that we hear outside, Judge Kavanaugh doesn't hate women and children. Judge Kavanaugh doesn't lust after dirty water and stinky air. No, looking at his record it seems to me that what he actually dislikes are legislators that are too lazy and too risk averse to do our actual jobs.