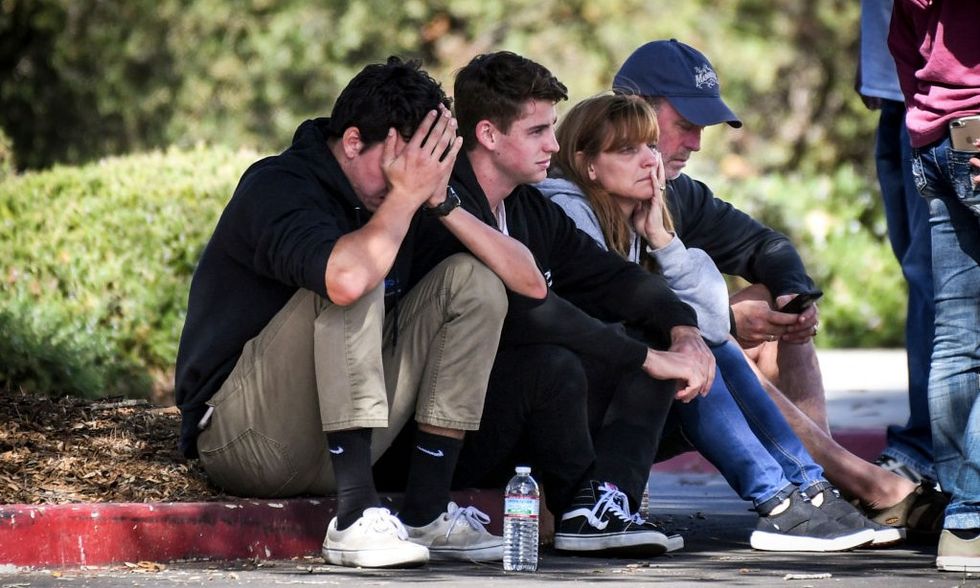 People awaiting word of loved ones from the Borderline Bar & Grill shooting in Thousand Oaks at the Alex Fiore Teen Center in Thousand Oaks, CA. 13 people including a sheriff deputy and the shooter were killed in a mass shooting at the bar overnight. (Photo by David Crane/Digital First Media/Los Angeles Daily News via Getty Images)

For many people in the United States—and those observing around the world—it seems mass shootings are increasing. But are they really?

Fox News only looked at mass shootings where 10 or more fatalities occurred for their statistics (the FBI defines a mass shooting as an event where there are 3 or more victims.)

They began in 1998, the year before the shooting at Columbine High School in Colorado and ended in June 2012. In that 14 year span, five mass shootings occurred that claimed 10 or more lives.

Next, they looked at the period from the shooting at Aurora, Colorado in a movie theater in July 2012 until September 2017. In those five years, four mass shootings with 10 or more fatalities occurred.

In the last 403 days, a little over one year, six mass shootings occurred.

@sousibrown @FoxNewsResearch @DustinGiebel Because the numbers will go way up if they use the official number desig… https://t.co/0Py3mcFoLZ
— Bougie Muffin (@Bougie Muffin) 1541684624.0

@refinedmess @FoxNewsResearch @DustinGiebel On the other hand, they're doing a good job of pointing out that the ra… https://t.co/qlfpzAlUST
— Sousi (@Sousi) 1541684722.0

And people, of course, found the numbers disturbing.

People also brought up the idea of the "good guy with a gun."

After mass shootings, the National Rifle Association (NRA) posits that if only a good guy with a gun had been there, things would be different.

@jjooee @FoxNewsResearch Or common sense tells us if we have designated driver, why not designated protector ?
— Ray Stanley (@Ray Stanley) 1541687616.0

On Wednesday night a gunman opened fire in a nightclub in Thousand Oaks, California. 12 people were murdered, including a Sheriff's deputy who entered the scene to try to stop the gunman.