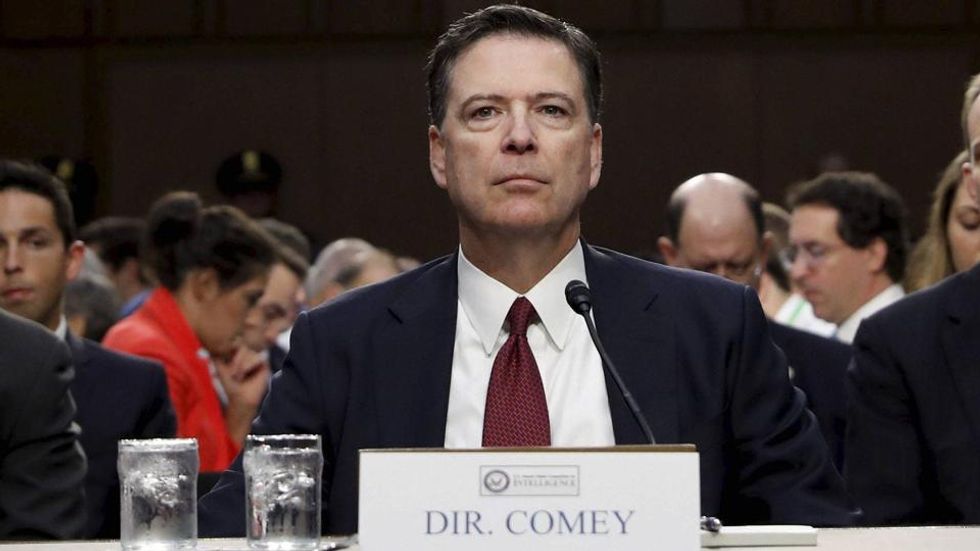 Thursday's testimony of former FBI Director James Comey was widely seen as devastating for President Trump. During his testimony in front of the Senate Intelligence Committee, Comey credibly laid out a clear pattern of behavior on the part of the President in which he attempted to pressure Comey into scuttling the FBI investigation. The testimony was seen by many as laying the groundwork for an obstruction of justice case against the President.

How "I hope you lay off" can prove obstruction: Comey’s Testimony Sharpens Focus on Questions of Obstruction https://t.co/IAcmUjTwXF
— Laurence Tribe (@Laurence Tribe) 1497006157.0

But the failure of Trump defenders to vindicate the President and discredit Comey was not for lack of trying. As The Atlantic lays out, there were 5 distinct lines of attack/defense that were attempted, all of which fell flat.

Initially, the President's team sought to argue that Comey's opening remarks, which were released Wednesday evening, vindicated the President by confirming that he personally was not the target of an investigation. But then why did Trump continue to attempt to block the investigation into Flynn and his other associates?

Then, throughout the course of Comey's testimony on Thursday, Republican Senators attempted to undermine Comey's version of events. The first came from Senator Risch, who argued that Trump did not direct Comey to drop the Flynn investigation, he merely told Comey "I hope you will..."

Senator Collins then argued that if Comey felt so pressured by Trump, why didn't he say something at the time or walk out of the meeting? Comey himself conceded that was a fair question and that he merely was not strong enough in the moment to react more forcefully. He was, after all, alone with the President in the Oval Office.

House Speaker Paul Ryan tried to come to Trump's defense later in the day by issuing what can only be seen as a half-hearted defense, that he was "just new to this" and didn't know the ways around Washington.

The final attack on Comey came from Trump's personal lawyer, who tried to portray Comey as a leaker for having a friend of his reveal the contents of his contemporaneous memo documenting his meeting with Trump to the media. Trump summed up this attack in an early morning tweet:

But as many have pointed out, it can hardly be called a leak if what you reveal is your own non-classified recollections.

The failure of these five lines of defense was only compounded by Comey's consistent portrayal of Trump as a liar, also numbering five.

You can watch these below:

As many commented, all in all, not a good day for Trump.