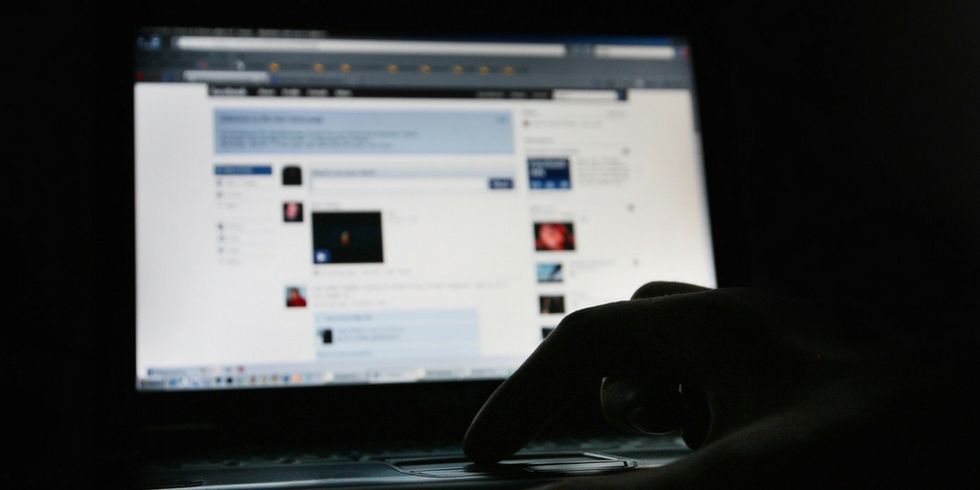 In this photo illustration the Social networking site Facebook is displayed on a laptop screen on March 25, 2009 in London, England. (Dan Kitwood/Getty Images)

Caitlin Johnstone, a prominent writer on Medium, shared proof that she was banned from posting on Facebook for 3 days for sharing an article about 58 admitted false flag attacks. The article in question is from Educate Inspire Change, a fringe website that also has a Facebook page with over 2 million "likes." When searching for Educate Inspire Change on Google, common terms that populate with the website name included "fake news" and "Snopes," an online fact-checking website.

However, Snopes does not have a page for Educate Inspire Change on Google.

The article that Johnstone shared is titled "For Those Who Don’t ‘Believe’ In ‘Conspiracies’ Here Are 58 Admitted False Flag Attacks." It has over 50,000 Facebook shares and is a robust, numbered piece listing attacks that turned out to be governmental operations while linking out to such admissions on more mainstream news sites like the Daily Beast and even ABC.

Johnstone writes about her 3-day banning on Medium, "The notifications say I can be permanently banned if I continue posting that sort of material. I’ve had that account since 2007."

A few months before her ban, Johnstone had received a warning from Facebook for sharing similar content.

Johnstone's blocking posits the question, Is Facebook blocking certain information about proven government attacks or just content from sites like Educate Inspire Change, which also has an article about purported Nazi bases in Antarctica.

Johnstone may just be the first victim of Facebook's ongoing battle against "fake news." Earlier today, Facebook announced a new "Trust Indicator" for news that appears on the newsfeed.

Starting today, we will begin to test displaying new publisher Trust Indicators through this module, established by the Trust Project, an international consortium of news and digital companies collaborating to build a more trustworthy and trusted press, as part of our ongoing efforts to enhance people’s understanding of the sources and trustworthiness of news on our platform. This work was informed by direct partner feedback, as part of the Facebook Journalism Project.

What this means for the free exchange of information and factual articles from non-mainstream sites wait to be seen.