So Exactly How Much Would Premiums Rise Under Trumpcare? 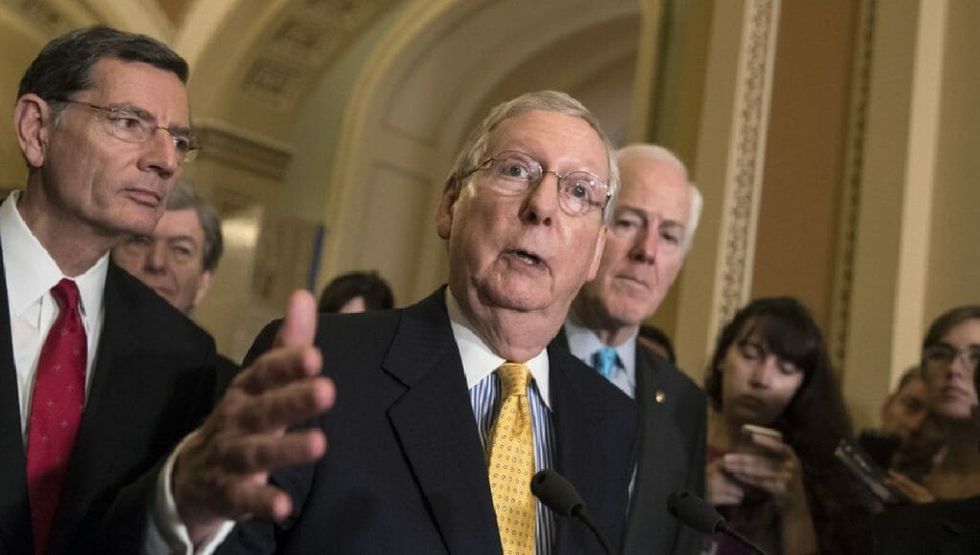 In what might be seen as a silver lining in an otherwise dark cloud of a Congressional Budget Office report, Republicans are touting the CBO's estimate that the Senate healthcare bill would reduce premiums by 30% by 2020.

But as a CBS analysis makes clear, the way the bill accomplishes this is by lowering the quality of the benchmark plan from silver to bronze, which cover only an average of 58% of covered benefits rather than 70%, causing premiums to go down but deductibles and out of pocket costs to go up.

So, what if healthcare customers wanted the same quality plan they have under the Affordable Care Act? How would their premiums be impacted?

According to a new study by the Kaiser Family Foundation, premiums under the Senate healthcare bill would rise 74% for the average customer.

The extent of the rise in premiums for any given customer depends on one's age and income.

On average, Americans between ages 55 and 64 would see a 115 percent increase, more than double their premiums under Obamacare, to buy a comparable plan. Americans with incomes under 200 percent of the federal poverty line (about $24,000 for individuals) would see 177 percent increases in premiums versus just 57 percent for people with higher incomes.

Things are a little less dire for younger Americans.

But the hardest hit would be older lower income Americans:

The worst hit would be customers who are both 55-64 and have lower incomes: Their premiums would go up by 294 percent, almost a fourfold increase.