Why Are Humpback Whales Going Out of Their Way to Save Other Species?

Humpback whales are engaging in unusual interspecies helping behavior, and scientists aren’t sure why. 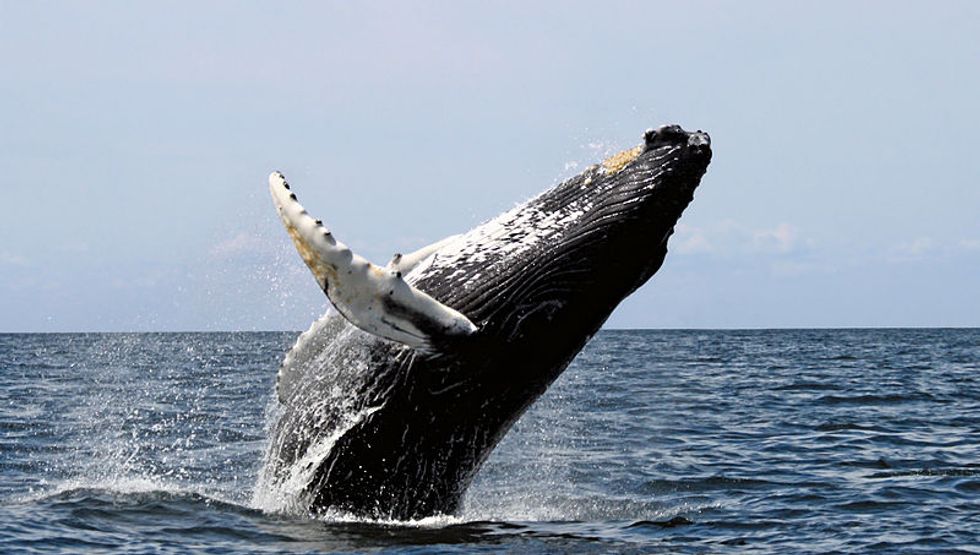 A seal sits atop an Antarctic ice floe as orcas circle in for the kill. Suddenly, a humpback whale swoops in, places the seal on its belly and out of danger.

A pod of orcas targets a gray whale and kill the whale’s calf. As the orcas attempt to feast, 16 humpback whales keep vigil, spending over six hours loudly and vigorously preventing the orcas from eating their kill.

Over the past 62 years, marine biologists have observed humpback whales performing 115 similar acts of mercy, according to a study published last month in Marine Mammal Science. Of these interactions, 89 percent of them involved their rescue of other species, including sea lions, harbor seals, and even sunfish. The humpbacks’ rescue missions continued unabated.

While it is clear these are not isolated events, the explanation for this behavior is less clear.

There is rarely much benefit to protecting another species. This may explain why humpback whales are the only cetacean that deliberately approaches attacking killer whales and drives them off. Yet given that animals typically come to the aid of other species only when it benefits them, scientists are attempting to arrive at non-altruistic explanations for the whales’ seemingly incongruous behavior.

For instance, orcas have been known to attack humpbacks when they are young, so some scientists have suggested that this rescuing behavior may have evolved as a way to protect

their young. Yet this doesn’t address the 89 percent of other times when the humpback whales continue to defend a creature even after it becomes clear it is not one of their own.

As an alternate theory, let’s not rule out revenge! Alisa Schulman-Janiger, a whale researcher with the California Killer Whale Project, noted that not all humpbacks interfere with hunts, and many of those that do are marked with scars from their run-ins with orcas as calves.

Or the whales may be responding to auditory calls made by the killer whales when they are hunting. The humpbacks are unable to identify the species under attack until they have invested the energy to come in for the rescue—sometimes from distances of up to 2 kilometers away, the study noted.

There could be another explanation, however: altruism. Although it is uncommon in the animal kingdom: humpbacks could be engaging in interspecies—or interspecific—altruistic behaviors. As the researchers reported: “Interspecific altruism, even if unintentional, could not be ruled out.”

“Although this behavior is very interesting, I don’t find it completely surprising that a cetacean would intervene to help a member of another species,” said Lori Marino, an expert in cetacean intelligence and president of the Whale Sanctuary Project. Marino notes that humpbacks are intelligent problem solvers and communicators which are “attributes of those of a species with a highly developed degree of general intelligence capable of empathic responses.”

Further research is required to find out the exact reason for the humpback whales’ unusual behavior. But those hoping to find true altruism in the humpback whales’ behavior may be disappointed. For the most part, said Robert Pitman, lead author of the study, animals tend to act in their own best interest. “As biologists,” he said, “that is where we should start our search for explanations.”