CO2 to Fuel: A Canadian Startup turns greenhouse gas into something great. 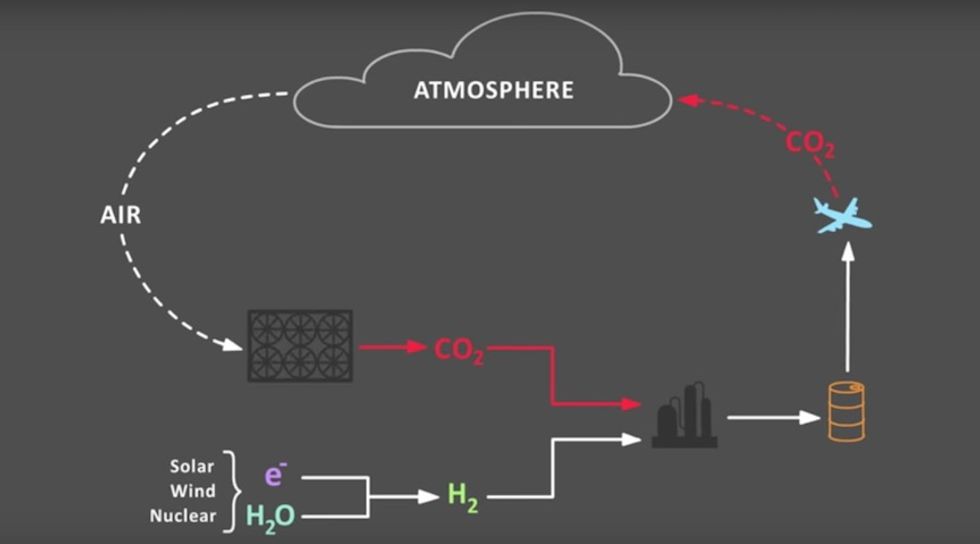 A startup in Vancouver has been collecting carbon dioxide (CO2), a gas produced by every gas-guzzling transportation method, and converting it into pellets of carbon, which can be safely stored and easily converted into the fuel that's used worldwide, every day, to power vehicles.

The company, called Carbon Engineering, is not the only one working on CO2 collection; Audi has been trying to convert CO2 into diesel as well. But Carbon Engineering’s approaches differ from Audi’s and Climeworks in a few ways. Most companies harvest carbon dioxide directly from factory smoke stacks. Carbon Engineering, however, collects CO2 directly from ambient air. Since collection began in June of 2015, their efforts have only harvested a scant 10 tons of CO2, but when the infrastructure plans come to fruition, it could extract up to 1 million tons a day. This would make an impressive dent in the amount of greenhouse gases on earth, from emissions not otherwise captured.

The other advantage of Carbon Engineering’s methods is that, once collected, the CO2 needs no additional infrastructure or capital to funnel it directly to cars, boats, planes, etc. The method splits water into hydrogen and combines it with carbon dioxide extracted from the air by a complex of fans. Then, the mixture is converted into pellets of calcium carbonate which, when heated, produces up to 400 liters a day of fuel, more commonly referred to as gasoline.

That’s 400 liters of fuel from thin air. And unlike wind solar technologies, it needs no special conversion to go directly to the gas pump.

A video here shows how it works.

The only hiccup? Money. While the startup’s private financial backers include Bill Gates and Murray Edwards, this method will only  be commercially viable if it raises a minimum of $100 per ton for its carbon product. Currently, carbon goes for as little as $1 a ton in places such as Mexico and Poland, and upwards of $130 per ton in Sweden.

Still, this technology has vast implications if it proves robust enough for commercial use. As Carbon Engineering’s CEO Adrian Coreless explains, "It's still a pilot-scale plant, but it's very important, because it's the first time that anyone's demonstrated a technology that captures CO2 that has the potential to be scaled up to be large enough to be relevant from an environmental or climate point of view."