Do Not Mess With This 8 Year Old Bug Enthusiast 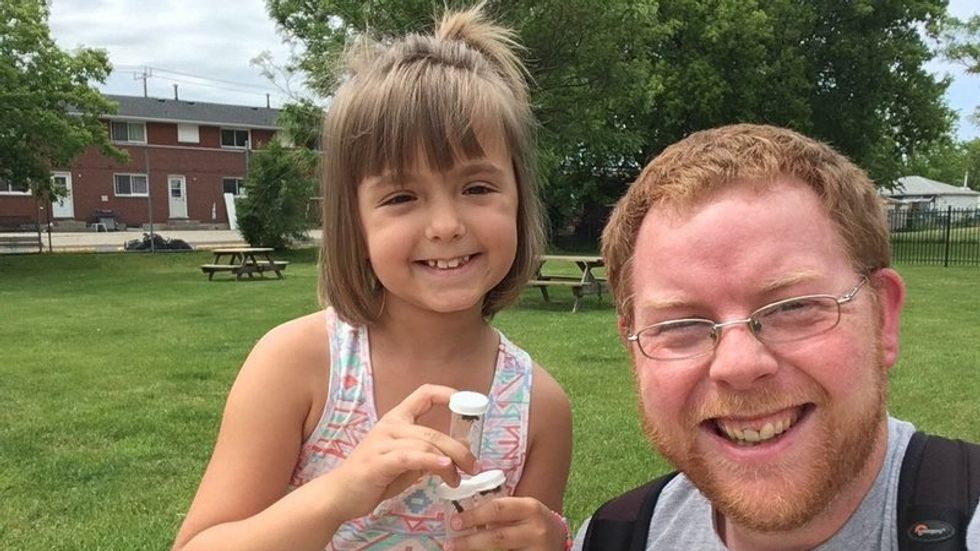 Aisles of pink and blue in toy stores. Miniskirts for five-year-old girls and heavy-weight dungarees for five-year-old boys. “Science kit for girls!” that promise a recipe for lip gloss. Every aspect of our kids’ lives is gendered. And when they don’t fall into that neat bucket of what girls should like or what boys should like, it can be tough.

That’s what happened to eight-year-old Sophia Spencer. Sophia loves bugs—especially grasshoppers. She likes to hold them, carry them on her shoulder and explain their virtues to her classmates. Her classmates used to mock her enthusiasm. But that soon turned into an outpouring of support from the entomological community. And now it’s even resulted in her very own byline in the Annals of Entomological Society of America.

It started last year, when Sophia’s mom Nicole wrote to the Entomological Society of Canada (ESC) for advice on how to encourage her daughter to continue her love for bugs, despite the mockery from her peers.

“She is often teased at school by her peers because she will proudly display her current bug friend on her shoulder,” Nicole wrote. “I was wondering if a professional entomologist would speak to her over the phone to encourage her love and explain to her how she could make this into a career.”

Adding the hashtag “BugsR4Girls,” the ESC enthusiastically took on the task, sharing Nicole’s email across their Twitter platform. The tweet has since reached more than a million people.

Entomologist were eager to help, offering everything from copies of books, to entomology equipment, to penpal-ship.

@CanEntomologist We will skype with her face to face!!! This is our life/business/passion/mission. #bugdork #GIRLSRULE
— The Bug Chicks (@The Bug Chicks) 1472145979.0

The success of this tweet was so immense that it became the subject of a study published in the Annals of Entomological Society of America for a special issue on science communication. The article, called “Engaging for a Good Cause: Sophia’s Story and Why #BugsR4Girls” is written by PhD student and author of the original tweet Morgan D. Jackson, with coauthorship going to none other than Sophia Spencer.

Sophia wrote a section of her own in the paper that is absolutely charming. “Last year in the fall I had a best bug friend and his name was Hoppers. When I first found Hoppers, I was kind of scared because that was the first time I held a grasshopper. When I grabbed him, he peed on me, and I thought he had bit me and that was my blood, so I flinged him and he landed somewhere on the stairs, but I found him and I was still a little bit scared, but I realized the he still liked me, like that was just a way to see if I was going to hurt him!”

She also wrote about how positive the experience with the entomological community had been. “After my mom sent the message and showed me all the responses, I was happy. I felt like I was famous. Because I was!”

The experience has heightened Sophia’s desire to become an entomologist. “It felt good to have so many people support me, and it was cool to see other girls and grown-ups studying bugs. It made me feel like I could do it too, and I definitely, definitely, definitely want to study bugs when I grow up, probably grasshoppers."

And as for the naysayers? In Sophia’s own words: “If somebody said bugs weren't for girls, I would be really mad at them, but I wouldn't do anything, I would just not talk to them. I think anything can be for anybody, including bugs.”