The U.S. Embassy In London Just Issued an Unusual Warning to American Citizens in England Ahead of Donald Trump's Visit 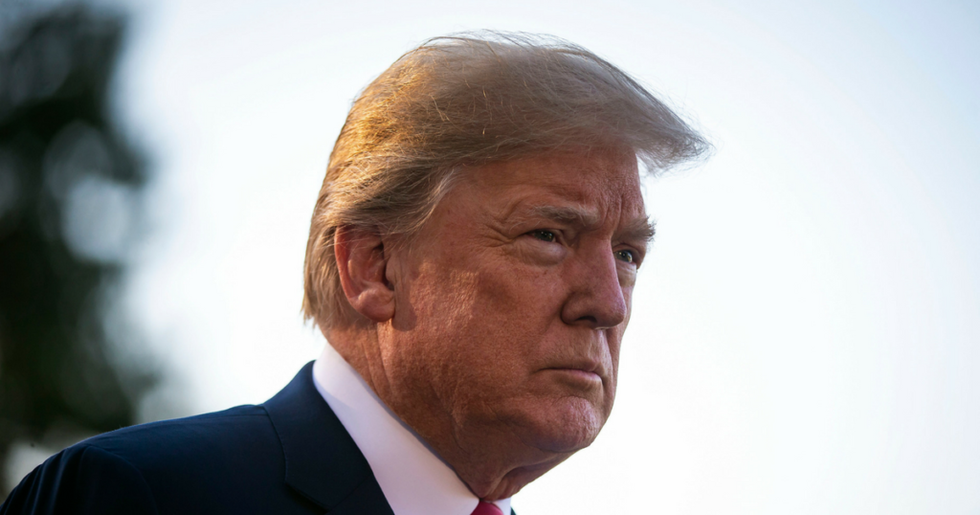 WASHINGTON, DC - JULY 10: U.S. President Donald Trump speaks to reporters on the South Lawn before boarding Marine One and departing the White House, on July 9, 2018 in Washington, DC. Trump is heading to Brussels for the NATO Summit. (Photo by Al Drago/Getty Images)

The U.S. embassy in London has issued a warning to American citizens to "keep a low profile" during President Donald Trump's visit to the United Kingdom later this week.

The embassy issued a statement on Tuesday outlining "actions to take" should Americans find themselves entrenched in anti-Trump demonstrations, which are scheduled to take place Thursday through Saturday as the president tours the country.

"Be aware of your surroundings," the statement reads, urging visitors from the U.S. to "exercise caution if unexpectedly in the vicinity of large gatherings that may become violent."

The embassy also encourages Americans to "keep a low profile."

Trump will arrive in the U.K. on Thursday, traveling to Blenheim Palace in Oxfordshire, where he will attend a black tie dinner with Prime Minister Theresa May. A small protest is slated to take place during the dinner.

Trump and First Lady Melania may also encounter demonstrators outside the U.S. ambassador's residence in Regent's Park, where the couple will stay Thursday night into Friday.

Trump and May will have lunch on Friday at Chequers, the Prime Minister's summer residence.

The biggest protest will be the "Stop Trump" march on Friday, during which a giant baby Trump blimp is set to fly over London. Mayor of London Sadiq Khan signed off on the blimp's flight earlier this month.

Trump's plans to visit London during his three-day tour of the U.K. were canceled last week in order to shield him from the swath of demonstrations that are scheduled to take place in the British capital.

"As well as in London, protests are expected to take place in Bristol, Newcastle, Leeds, Cambridge, and Cardiff after Trump arrives on Thursday," CNN reported on Wednesday.

Users on Twitter mocked the embassy's warning, which is pretty embarrassing, to say the least.

@CNN Considering how incendiary and insulting Mr. Trump is on a good day the advice could be appropriate.
— Activist Alberta (@Activist Alberta) 1531310530.0

The US Embassy in the United Kingdom is warning Americans to keep a low profile during Trump's visit. Screw that.… https://t.co/g1MkWSUJOI
— Pé Resists (@Pé Resists) 1531316472.0

Some users joked that Brits "don't hate America or Americans," rather, "just Trump and his supporters."

@CNN Believe it or not, but most Europeans do not hate Americans. If you were one of Trump’s MAGA hats, well that is another matter.
— Gary Kramer (@Gary Kramer) 1531308592.0

"Nazis and racists" are the only Brits who like Trump, another user said.

Update: the original article said London Mayor Sadiq Khan approved of the blimp. He signed off on the blimp's flight. This piece has been edited for clarity.