Donald Trump Just Unveiled a Questionable New Justification for Pulling Out of Syria, and People Can't Believe What They're Hearing

Yes, he said that. 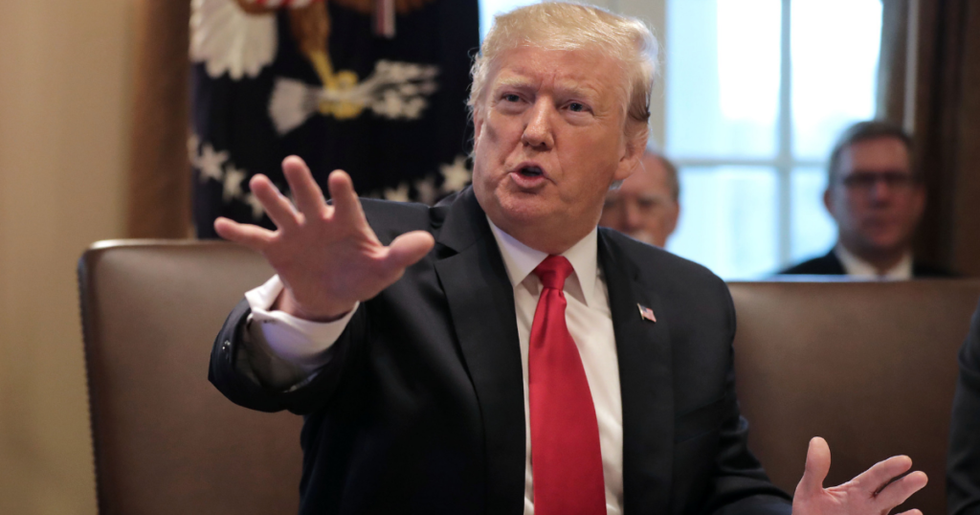 President Donald Trump on Wednesday described Syria as "sand and death" when asked about his plan to withdraw American troops from the civil war-ravaged country.

"We're getting out of Syria. Look we don't want Syria," Trump told reporters during a Cabinet meeting. "Obama gave up Syria years ago when he didn't violate the red line," Trump said, referring to Syrian President Bashar al-Assad's use of chemical weapons against Syrian civilians in April 2017.

In response, Trump ordered a strike of 59 Tomahawk missiles on the Shayrat air base in Syria.

"I did when I shot 59 missiles in, but that was a long time later," Trump said. "President Obama decided not to violate his statement, never cross the red line, and then they did and he didn't do anything about it."

Trump said Obama made a threat and then "did nothing" and that Syria had been "lost long ago."

Does Trump realize there are millions of people who live in Syria?

This is how pirates talk - and his advisors let him get away with it.

Trump's proud ignorance of history and culture is dangerous.

And he has the nuclear codes.

During the same Cabinet meeting, Trump raised eyebrows when he said Iran can do whatever it wants in Syria as the United States formulates its exit plan.

“Iran is pulling people out of Syria," Trump said, "but they can frankly do whatever they want there."

Trump abruptly announced last month that he would be bringing American troops home from Syria, but has not set a specific timeframe for doing so.