Donald Trump Just Announced He'll Address the Nation About Immigration Tuesday NIght, and People Are Sharing What They'll Be Doing Instead 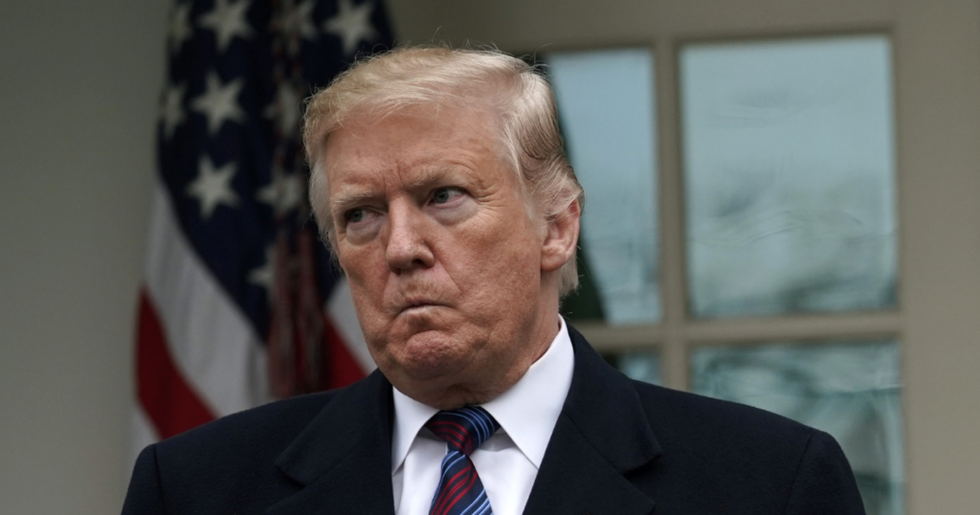 President Donald Trump announced on Monday that he will be addressing the nation Tuesday night regarding his third government shutdown, which began December 22 thanks to an impasse between Trump and Congress over lack of funding for a border wall with Mexico.

Trump's address will be his first from the Oval Office as president and will be covered by the major networks.

"I am pleased to inform you that I will Address the Nation on the Humanitarian and National Security crisis on our Southern Border," Trump tweeted Monday afternoon. "Tuesday night at 9:00 P.M. Eastern."

I am pleased to inform you that I will Address the Nation on the Humanitarian and National Security crisis on our S… https://t.co/hm3hcItIR3
— Donald J. Trump (@Donald J. Trump) 1546886681.0

What will Trump say? Who knows. Many people have already committed to ignoring him, as his speeches are generally riddled with falsehoods and finger-pointing.

"Trump plans on giving an address on his manufactured border crisis tomorrow night at 9pm," Scott Dworkin wrote on Twitter. "Retweet if you won’t be watching and reply with what you’ll be doing instead." #DontWatchDonald is now a trending hashtag.

Trump plans on giving an address on his manufactured border crisis tomorrow night at 9pm. Retweet if you won’t be w… https://t.co/hPrjOcLRMQ
— Scott Dworkin (@Scott Dworkin) 1546887499.0

So, what will people be doing instead?

@funder @sturm_leslie Picking out my celebration outfit for when he’s either impeached or held accountable after he leaves office
— Dana Ankomeus (@Dana Ankomeus) 1546889267.0

Zing. Stormy Daniels will be doing something special on Instagram during Trump's speech.

Despite what Trump says, the crisis at the border is of his own making.

Thus, the public is largely uninterested in hearing his latest round of excuses.

@realDonaldTrump Mr. President, I think I speak for all patriotic Americans everywhere, sir, when I say that we eag… https://t.co/DwFxTxWWYr
— Jeff Tiedrich (@Jeff Tiedrich) 1546887009.0

@realDonaldTrump "A shutdown falls on the president's lack of leadership. He can't even control his party and get p… https://t.co/0fBNrjELKu
— Uwe Gemeinhardt (@Uwe Gemeinhardt) 1546896684.0

My sense is that people are far angrier at the President than they are at Congress re the shutdown—an interesting turn!
— Donald J. Trump (@Donald J. Trump) 1381179958.0

And that he would be proud to own this one?

On Tuesday, following multiple rounds of negotiations between Trump and Congressional leaders, the country will learn if that is indeed the case. Grab the popcorn and a stress ball.