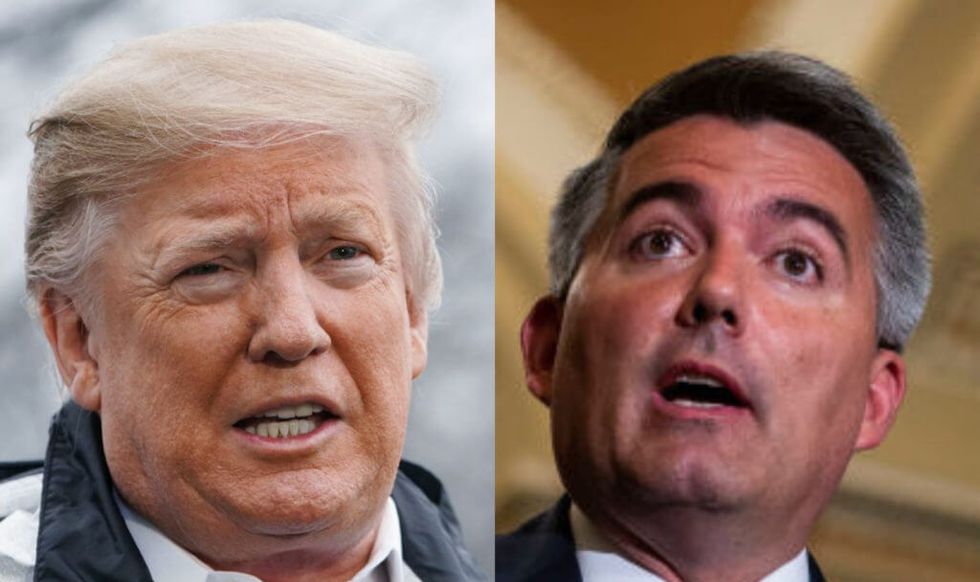 President Donald Trump's declaration of a so-called national emergency at the southern border was seen by many as an improper use of executive emergency powers in an effort to secure funding for a border wall.

The move was so controversial that twelve Republican senators crossed party lines to vote yes on a motion of disapproval for the declaration—enough to pass the motion and force Trump to veto it.

For some of the Senators who endorsed Trump's declaration in the vote, the consequences of their acquiescence are coming home to roost. Among them? Senator Cory Gardner (R-CO).

The Denver Post endorsed Gardner for the Senate in 2014, but in a scathing editorial published Thursday, the paper revoked its previous approval of Gardner, mincing no words in the process.

"We endorsed Sen. Cory Gardner in 2014 because we believed he’d be a statesman...We see now that was a mistake – consider this our resolution of disapproval. Gardner has been too busy walking a political tight rope to be a leader. He has become precisely what we said in our endorsement he would not be: “a political time-server interested only in professional security.”

The Conservative paper cited Gardner's support for the emergency declaration as the reason for rescinding the endorsement.

"This is a bogus emergency that takes executive over-reach to an extreme not seen even under President Barack Obama. Trump’s declaration is an abuse of his power, a direct overturning of Congress’ deliberate decision to pass a federal budget without funding for a wall. Put simply this is a constitutional crisis and one of Colorado’s two senators has failed the test."

Despite the Post's strong words, many thought it was still too little, too late.

@denverpost @denveropinion I'm torn between wanting to applaud you for this realization and wanting to kind of smac… https://t.co/vXdVv6P632
— Gena Ozols (@Gena Ozols) 1552612621.0

@denverpost @denveropinion And that was apparent before today, but continue.
— Denise Shearin (@Denise Shearin) 1552613867.0

However the responses weren't completely pessimistic.

Some applauded the Post for owning up to its error.

In a national climate of polarization and fundamental disagreement, it's admirable that at least one paper is willing to admit that it made the wrong call in supporting a senator who has become one of Trump's most dedicated allies.