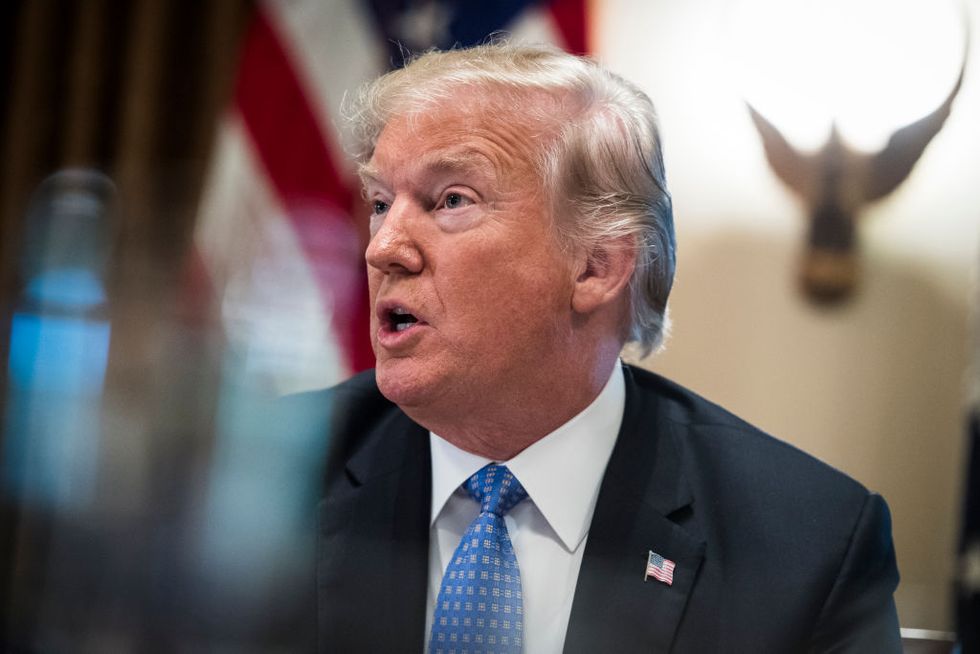 President Donald Trump has long made it clear that he would like to see a military parade in Washington, and the White House was planning one for Veterans Day of this year until Donald Trump announced he was canceling the event.

But turns out, according to Defense Department spokesman Colonel Rob Manning, that's not the case after all.

Manning told reporters at the Pentagon this week:

“The president was not briefed by any member of the Department of Defense on any cost associated with the parade."

It had been reported that the parade would cost an estimated $92 million to organize, well above the initial $12 million estimate.

Naturally, the Defense Department's statements have opened up the president to criticism, and he was derided as a liar.

Trump lied. The Pentagon did NOT brief the president on parade costs before he cancelled it, as he claimed.… https://t.co/eqytxGkGnD
— VoteVets (@VoteVets) 1534818826.0

Trump tweeted that he canceled the military parade because of the cost, but DOD says, “The president was not briefe… https://t.co/8wqEpsYHQf
— Robert Maguire (@Robert Maguire) 1534870745.0

@POTUS Another day another Trump lie!! Which means he also lied about the reason for the cancellation being Washing… https://t.co/0FyUhloIS7
— Terry Berger (@Terry Berger) 1534873547.0

The $92 million price tag for the event leaked to the media on Thursday, but Secretary of Defense James Mattis disputed it, telling reporters that whoever gave out that cost estimate is “an idiot."

Colonel Manning on Thursday said that he could not confirm the $92 million amount, as “the planning had not reached that level.” and he had not been briefed on figures.

“Any figure that was cited was predecisional. The planning committee for the parade had not reached a point where they have briefed senior leadership in the department. It was moving forward, it had just not matured to that point,” Manning said at the time.

“We are now going to look at providing options that will go up to the president for a decision for 2019,” he said.

The White House, through Office of Management and Budget director Mick Mulvaney, claimed over the weekend that plans for a military parade were canceled for other reasons besides the cost of the event, but would not specify other “contributing factors.”

On Sunday, Mulvaney told Fox News that he was not in the room when the decision was made to cancel the parade, but noted that he would have been had the parade been canceled “purely for fiscal reasons.”

"If the parade had been canceled purely for fiscal reasons, I imagine I would have been in the room when that was made, and I wasn’t,” he said. “So my guess is there were other contributing factors.”

Mulvaney also sided with Trump's suggestion that local Washington politicians, such as Washington Mayor Muriel Bowser, played a hand in the event's cancelation. He said he thinks Bowser “seems like a nice lady” but that the Washington D.C. City Council does not have the president's best interest at heart.

"This is a city that voted 70 or 80 percent against the president,” Mulvaney said. “So I think maybe the City Council of Washington, D.C., is not trying to help the president accomplish what he wants to accomplish shouldn’t be news to anybody.”

“If the $20 million you just mentioned is a number... that’s a number that I’m not familiar with,” he continued. “The numbers that I saw from the city were much higher than that.”