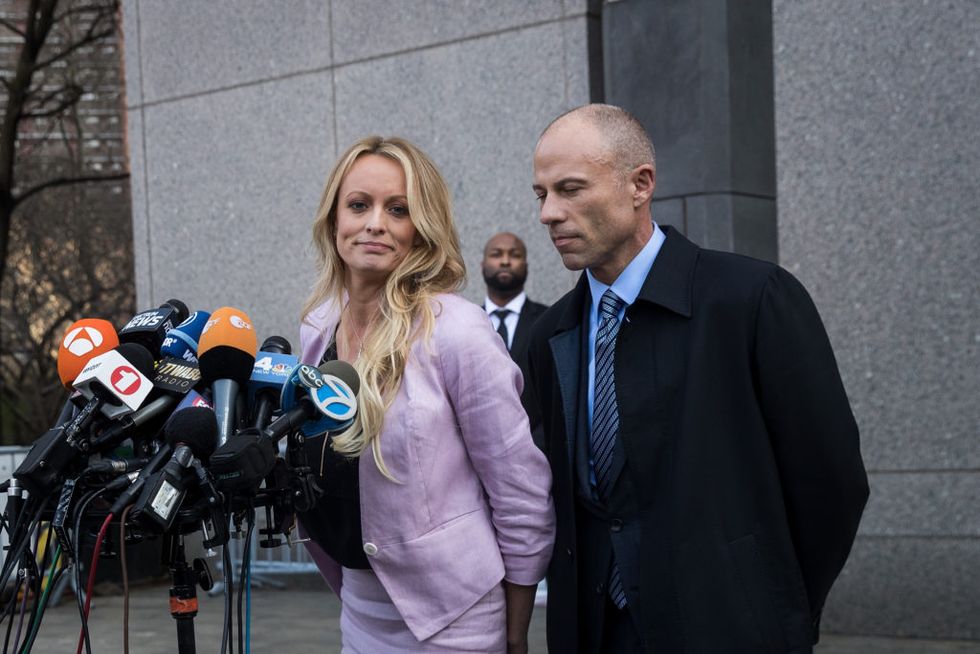 After Clifford and her lawyer, Michael Avenatti, released a sketch of a man they allege threatened Clifford in 2011, telling her in a confrontation in Las Vegas to "leave Mr. Trump alone", Trump called the announcement "a con job".

The lawsuit calls the tweet "false and defamatory," stating Trump referred to (Stormy) Daniels through the Tweet quoted, from "Deplorably Scottish". The filing claims the president "knew that his false, disparaging statement would be read by people around the world, as well as widely reported."

The suit also states Clifford was, as a result of the president's deliberate actions, "exposed to death threats and other threats of physical violence."

Daniels seeks her day in court before a jury, as opposed to a hearing before a judge alone. Her lawyer, Avenatti, in a statement Monday said:

We intend on teaching Mr. Trump that you cannot simply make things up about someone and disseminate them without serious consequences."

READ: The best US states to move to if you want to spend less

AT THE END OF THE HOLIDAY SEASON, one question always looms: “how much money that I don’t have did I just spend?