Even Fox is waking up. 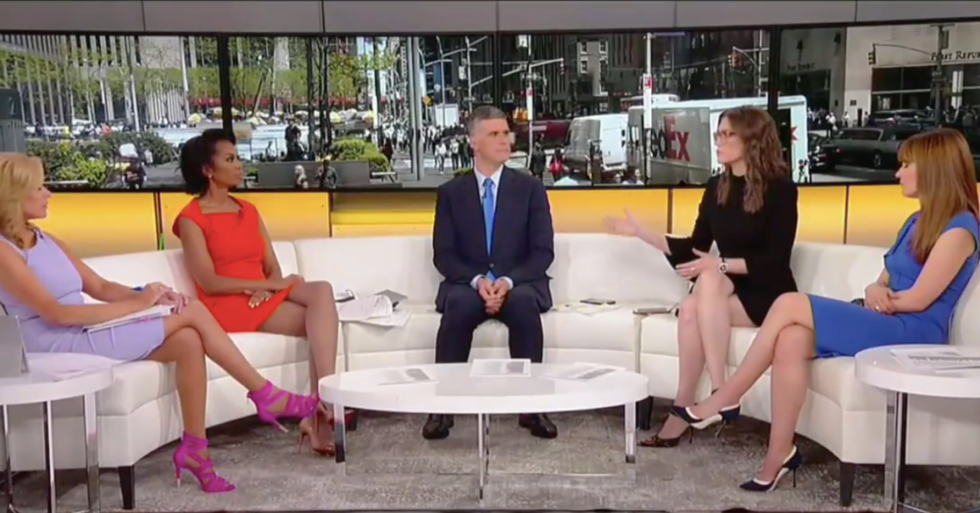 “If President Trump and this is administration want to get tough with China, then stop spending so much borrowed money," she said. “Because we are borrowing from China. They are one of the two biggest foreign holders of our U.S. Data. We are running budget deficits back near the $1 trillion mark.”

"Outnumbered" host Harris Faulkner responded that the economy would need to be "restructured" for McDowell's recommendation to work. "We couldn’t do that even with Republicans, bicamerally in control over the last year up until the midterms of 2016," he told her. “It is swamp-what up in there.”

McDowell agreed, referring to Trump as a "swamp denizen."

“Again, now he’s a swamp denizen, I suppose. President Trump has been spending money had overfished just like every of the president going back to, well, Reagan."

McDowell's criticisms came after the president claimed in a tweet that the United States "has been losing, for many years, 600 to 800 Billion Dollars a year on Trade."

@realDonaldTrump Spending. We spent that money. Individuals and companies, not the country as a whole. The things w… https://t.co/syC1kXUcQp
— Alexandra Erin (@Alexandra Erin) 1557148927.0

@realDonaldTrump My cat has a better understanding of trade then you do. You really should call Wharton and get your money back.
— Janet Johnson (@Janet Johnson) 1557147457.0

Over the weekend, Trump said that tariffs on $200 billion of Chinese goods will increase to 25 percent on Friday, up from 10 percent.

Last year, the president's understanding of trade (and tariffs) was similarly criticized when he made a bizarre claim about tariffs and how they operate.

“Tariffs are the greatest!” the president claimed, before saying that leveling tariffs are a “simple” repercussion of negotiating trade deals that would impact the United States “unfairly.”

Trump’s tweet came as the U.S. and China sparred tensely after Trump announced an additional $200 billion in tariffs on Chinese goods, in an attempt to get businesses to use less Chinese-produced goods and opt for goods made in the U.S. or by allies with whom the country has less precarious trade relationships.

Trump’s tariffs also focus on intermediary goods, or parts, which many small-to-medium-sized U.S. businesses use to make finished products. Consequently, the increased cost of parts places businesses into positions where they must either raise prices on their goods and pass the cost on to the consumer, reduce their workforce, or shutter U.S. operations and move overseas to avoid tariffs.