Donald Trump Questioned Whether a 7-Year-Old Girl Still Believed in Santa Claus Live on TV, and Her Parents Are Speaking Out 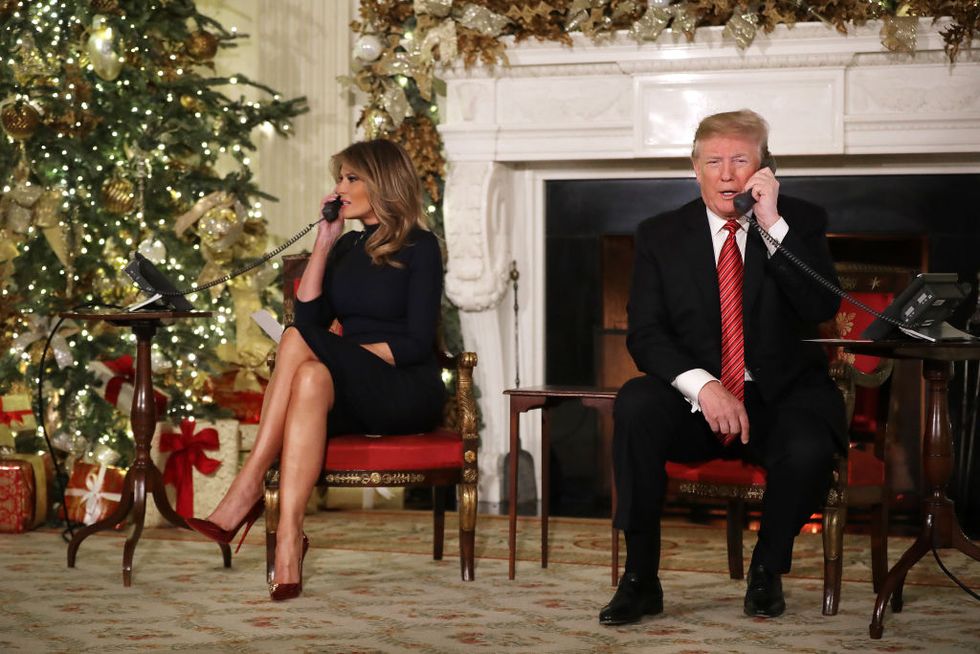 Seven-year-old Collman Lloyd of Lexington, S.C. called the NORAD Tracks Santa program at 6:30 p.m. on Monday to ask about Santa's whereabouts. The scientist who picked up the phone transferred her call over to President Donald Trump, who asked her if she still believed in Santa Claus.

"Are you still a believer in Santa?" asked Trump, who listened to the young girl for a moment before responding, "Because at 7, it's marginal, right?"

Erica Lloyd, Collman's mother, said she didn't have a problem with the call or with critics who suggested the president had "ruined" the Santa Claus mythos for the grade schooler.

“I’m a teacher. I’m OK with the vocabulary,” Erica Lloyd told Buzzfeed News. “He was very kind. I was very impressed with the phone call.”

“I think it’s crazy it became a big deal. It’s Christmastime. I’d love to keep politics out of Christmas,” said Donald Lloyd, Collman's father. “It didn’t bother me — I like to talk to my kids like adults.”

The parents said they were shocked when they realized the president was actually speaking to their daughter, recalling that they "really thought it was a recorded message."

“He [Trump] said, ‘Happy Christmas ... It was great speaking to you, Collman … Please tell [your family] I wish them a happy Christmas,’” Erica said. "It really made her Christmas."

Others are not so sure of that.

The parts of the job description that nobody ever thought would be botched by a US president: failing to condemn ne… https://t.co/wWprypiQ6d
— Brian Klaas (@Brian Klaas) 1545704194.0

Then there were these wry observations.

Longtime CBS News anchor Dan Rather raised the following question. (Trump made headlines after he dismissed a climate change report drafted by scientists within his own administration, saying that America's air and water are "record clean.")

Young Collman says she still believes in Santa and that she is glad she was able to speak to the president.

The girl added that, should he have the opportunity to speak to the president again, she'd ask him about his family.

“Most people know this question. I would like to ask if he has any kids,” she said. “I’ve honestly never heard of them or seen any of them so I was wondering.”

Donald Lloyd admits the president's use of the word "marginal" confused him.

“The way he used it...I’m not sure exactly what he meant by it. It’s an interesting use of language,” said Donald. “That conversation was a tad awkward over the rest, but I didn’t have an issue with any of that.”

The proud parents have declined to answer questions about their political affiliation, saying that information is "irrelevant" to the phone call their daughter received.

Erica Lloyd said the phone call “meant a lot to her and the family.”

The North American Aerospace Defense Command (NORAD) Santa tracker program was unaffected by the government's partial shutdown. This year, the NORAD Santa website and hotline, 1-877-HI-NORAD, was manned by around 1,500 volunteers who took calls and answered emails from children around the world inquiring about Santa’s whereabouts “with the help of satellite systems, high-powered radars and jet fighters.”