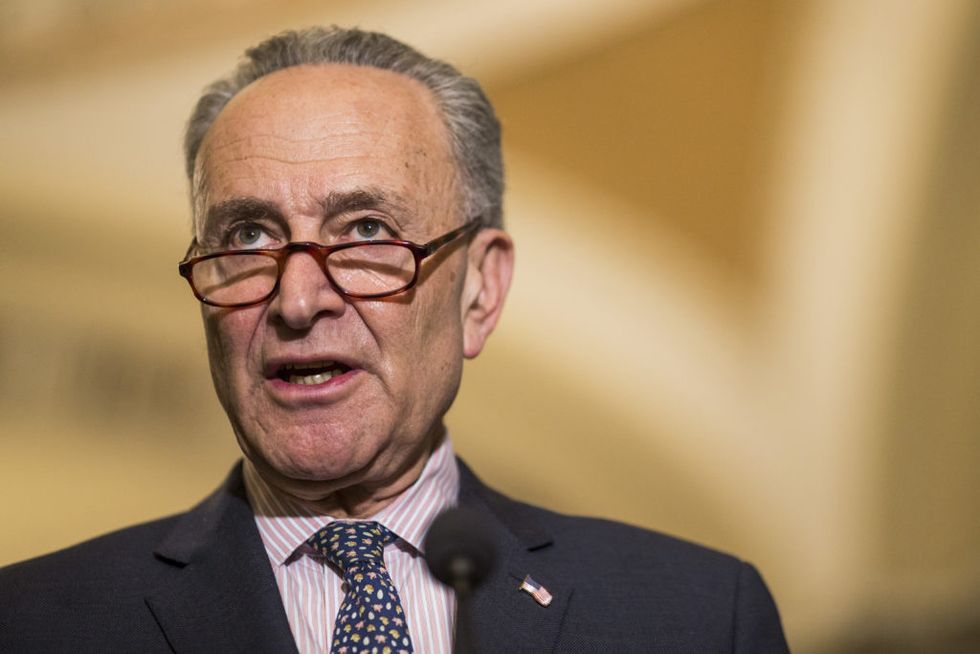 The time has come to decriminalize marijuana. My thinking – as well as the general population’s views – on the issue has evolved, and so I believe there’s no better time than the present to get this done.

"If smoking marijuana doesn't hurt anybody else, why shouldn't we allow people to do it and not make it criminal?" Schumer told Vice News Tonight on HBO in a Thursday interview. He also signed a bong.

Schumer explained in his tweet that the criminalized status creates systemic injustices that disproportionally harm people of color.

I have seen families and lives ruined by people arrested, serving long sentences in jail, for having, selling, or possessing very small amounts of marijuana. People of color are overly subjected to penalties.

He then announced his intention to remove marijuana from the Drug Enforcement Agency's schedule I status, which is assigned to substances that the government claims have "no medicinal value" and carry high risks of addition. Marijuana has never been proven to be addictive, and there have never been any overdose deaths reported from using it.

Other schedule I drugs include LSD, which has never been proven to be addictive and is being used in experimental treatments for depression; ecstasy, quaaludes, and heroin.

Today I'm announcing that I will be introducing legislation to decriminalize marijuana at the federal level. This means that federal agents will no longer be arresting people, trying people, for use of marijuana. When a number of states decriminalized or legalized, nothing in the parade of horribles not occurred; huge drug spiking, crime spiking, none of that happened. It's long overdue.

Schumer pointed out that a vast majority of Americans support legalizing pot. A CBS News poll in 2017 showed that 63 percent of the country thinks that pot should be legalized. As of 2018, eight states and the District of Columbia have legalized the recreational use of marijuana. An additional 19 states have legalized medical marijuana.

Sixty-three percent are for the legalization of marijuana. Every age group except the very old - that does not include me. We're only decriminalizing it. And it's something that I think it's something Americans are waiting for Congress to lead on, lead the states in that direction, and I think this will help do it.

As the Democratic leader, I hope the fact that I am announcing today that we'll be doing this can galvanize support around the country. Let's let people who want to smoke it, smoke it freely.

@SenSchumer You mean the government might spend it's anti-drug budget on drugs that actually hurt people and the society? Wow!
— Jane (@Jane) 1524254677.0