Trump's Justice Department Just Admitted That At Least One Child They've Detained May Be a U.S. Citizen 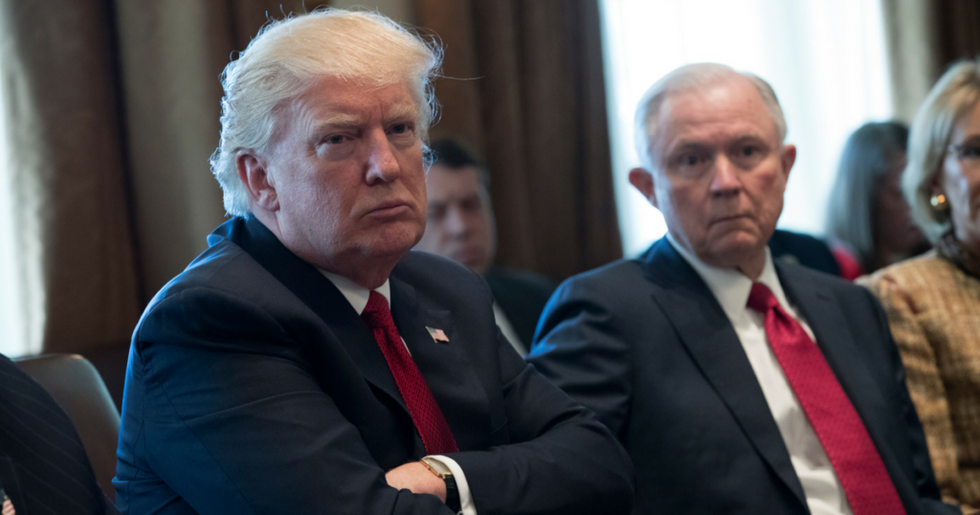 As though the Trump administration's policy of separating immigrant children from their parents wasn't already disturbing enough, the administration recently admitted in a relevant court filing that at least one of the children under five -- and the parent from whom the child was separated -- could possibly be United States Citizens.

Brad Heath, an investigative reporter for USA Today, analyzed the filing on Twitter and broke it down for his followers.

The revelation that the Trump administration could essentially be kidnapping its own citizens was by far the most shocking finding.

The administration still won't disclose just how many separated minors remain in the care of Health and Human Services since President Trump withdrew his separation policy two weeks ago, but the number is believed to be in the thousands.

@bradheath @chrislhayes Will SOMEONE please find out WHAT THE HELL is going on and FIX it, pronto! The judge is giv… https://t.co/iOLS5k2ZNM
— Janet McDonald (@Janet McDonald) 1531244923.0

And wondered why there isn't more outrage.

@bradheath @Pschlarm So they are saying that they MAY have a US Citizen in custody without due process and no one i… https://t.co/b2NKPGiiE0
— Jim Berman (@Jim Berman) 1531246618.0

Some are less surprised.

👀 Yes, US citizens can get separated from their children and deported too. The less due process we have in immigrat… https://t.co/x8SLKdCZju
— Al Otro Lado (@Al Otro Lado) 1531248365.0

@bradheath @charliearchy "Might be US citizens". Were detained and separated anyway. Gee, interesting judgment call there 🤔
— Lego Dolemite (@Lego Dolemite) 1531250258.0

This is just the latest in a string of horror stories coming out of the detention camps and at the hands of ICE.

In one instance, a toddler was rushed to the hospital after agents took her inhalers away. In another recent report, five women came forward to say they'd suffered miscarriages while guards ignored them and refused to help. An asylum seeker reported in court documents that a customs agent said to her, “Why did you come from your country? Don’t you know that we hate you people?” All of these stories were published within 24 hours of each other.

These reports come as calls to abolish ICE grow louder.

The divide in our politics isn't between left versus right. It's between those on top and those on the bottom. As… https://t.co/v24qnZGciQ
— Cynthia Nixon (@Cynthia Nixon) 1531242120.0

The Trump administration's policies are forcing many Americans to examine just what they're willing to tolerate from their government. From the initial reports of children in cages to the cruelties exposed today, Democratic lawmakers may not get behind abolishing ICE, but if the agency is ready to separate families who might be American citizens, then it's doing the literal opposite of its job.