United Airlines Is Stepping In to Help Reunite Families Separated at the Border, and the Internet Is Cheering 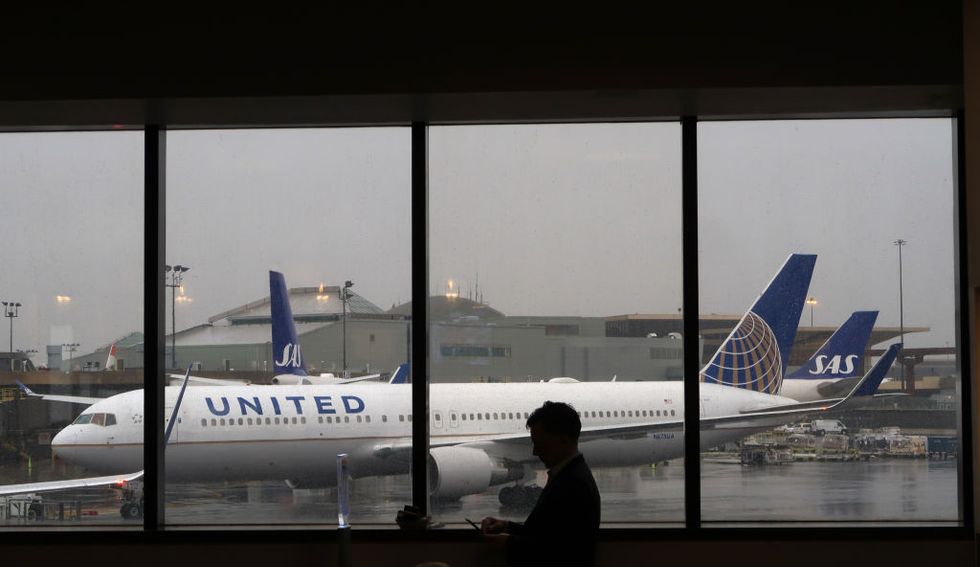 NEWARK, NJ - APRIL 6: A man uses his mobile phone in front of a United Airlines plane at Newark Liberty Airport during a storm on April 6, 2017, in Newark NJ. (Photo by Gary Hershorn/Getty Images)

Despite a court-ordered deadline to reunite migrant children with their families, hundreds still remain separated from their families. Now, United Airlines is joining the fray to expedite the unification process.

The organization FWD.us announced via Twitter that United would be partnering with them to donate much-needed flights to separated families.

@FWDus Our company’s shared purpose is to connect people and unite the world -- we are proud to support your work t… https://t.co/KhzabqKx59
— United Airlines (@United Airlines) 1532539059.0

Twitter users, including Representative Ted Lieu (D-CA), applauded the partnership and its efforts.

Proud to be @united where we work/live by our values and use our unique capabilities to serve families in need. https://t.co/KbC8HMATBn
— Josh Earnest (@Josh Earnest) 1532536268.0

Well done to @united for donating free flights to reunite immigrant families with the children that were separated… https://t.co/AZTlLu0DfO
— Greg Hogben (@Greg Hogben) 1532695445.0

United, along with American Airlines, previously requested that the United States government refrain from transporting separated family members on their planes. This was after a sharp public condemnation of a policy enacted by President Donald Trump's justice department to prosecute every migrant who crosses the border and subsequently separate them from their children.

Though Trump withdrew the policy due to widespread outcry and a federal judge ordered the families reunited, the implementation has been widely bungled.

Health and Human Services began using DNA tests to reunite the children, but at least four women were told by officials that they had to pay for the tests to prove themselves the guardians of the children from whom they were forcibly separated.

While a majority of families have been reunited, there are still nearly 700 children who remain in government custody, many whose parents have already been deported and have little means to pay for their return.

The uncertain reunification plan has left many Americans outraged.

They're also demanding the Trump administration be held responsible for the controversial policy.

So, are we holding Kirstjen Nielsen in contempt for not reuniting families in time or nah?
— Juan Escalante (@Juan Escalante) 1532625655.0

Even before United Airlines partnered with FWD.us, airline workers have mobilized against the policy. Their activism is especially urgent due to the amount of government contracts various airlines maintain.

In a post confirmed to be authentic, one woman described her flight attendant friend's reaction to over a dozen migrant children on her flight:

In an article for the Houston Chronicle, flight attendant Hunt Palmquist said:

I will no longer be complicit and will walk away from any future flight assignments that try to make me a pawn for this disgusting and deplorable cause.

Aviation has been one of the foremost symbols of human innovation. Now, thanks to efforts of valiant flight attendants and entire airlines, it's becoming a symbol of human decency.