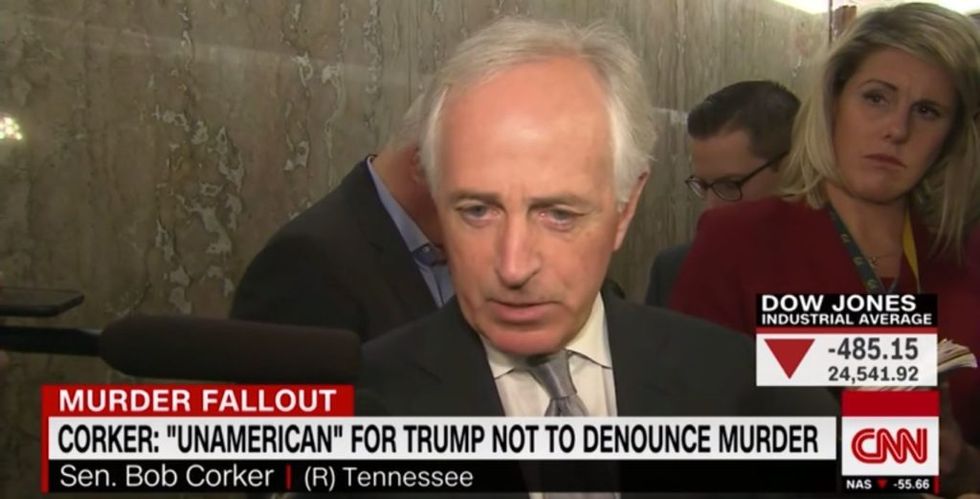 The brutal murder of journalist Jamal Khashoggi - which CIA investigators concluded was ordered by Saudi Crown Prince Mohammad Bin Salman - shocked Americans everywhere. Khashoggi had a history of reporting unfavorably on Bin Salman and questioning the Saudi Arabian regime as a whole.

Despite the conclusions of federal investigators, President Donald Trump emphasized the Saudi King's and Crown Prince's denials and said in a lengthy statement:

“Our intelligence agencies continue to assess all information, but it could very well be that the Crown Prince had knowledge of this tragic event – maybe he did and maybe he didn’t!”

Earlier this week, CIA Director Gina Haspel briefed Senate leaders on the intelligence that led the agency to conclude Bin Salman's direct involvement in Khashoggi's murder. After the briefing, Senators unanimously sided with the CIA but only a few of the Republican senators called out the President's hesitation to stand up to the Saudi crown.

One of those is Senator Bob Corker (R-TN), who said of Trump's response:

"To use that as the reason that we're not going to say anything about this is just - it's un-American. That's not what we do as America. We - Y'know, we provide aid to other countries, we do so because we want to see good things happen in those countries. We espouse American values all over the world. And to say 'well, no, they're going to buy some arms from us, and so it's okay to kill a journalist' sends exactly the wrong message about who we are as a country."

See Corker's comments in the video below:

Many Americans were in agreement.

For some, Senator Corker (who is in his last term)'s words were negated by his complicity to the rest of the Trump agenda.

While the Republican Senators who were briefed on the matter acknowledge Saudi Arabia's involvement, few have directly rebuked the President's inaction.While Senator Lindsey Graham (R-KY) did emphasize Saudi Arabia's role in the killing, he said that he would still give the Trump administration the benefit of the doubt because they were Republicans.

"I would imagine if they were in a Democratic administration, I would be all over them for being in the pocket of Saudi Arabia. But since I have such respect for them I’m going to assume they’re being good soldiers."

The statement was met with significant outcry.

Lindsey Graham admits that he has chosen party over country by saying if this was a Democratic administration cover… https://t.co/sar4yTfQtT
— chris (@chris) 1544026180.0

@halbritz So Sen Graham says it's OK for "good soldiers" to say junk like @StateDept @SecPompeo said about a journalist being butchered?
— Mick Strongin (@Mick Strongin) 1543978542.0

For its part, the Senate is considering a push to revoke aid for Saudi Arabia's war in Yemen, in addition to introducing a resolution acknowledging the Saudi crown's role in the murder.

Though it remains to be seen if the statements of Republican Senators will be buttressed by intervention, at least they're making clear that murdering dissident journalists is in opposition of American values - no matter how strongly certain corrupt politicians may wish it wasn't.