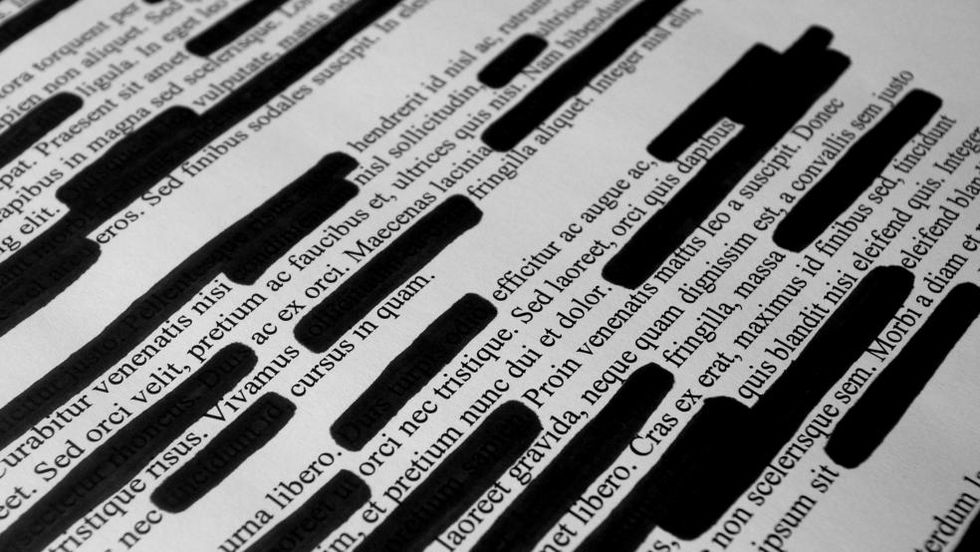 A push to declassify 28 pages of an 838-page congressional report may reveal if the hijackers responsible for the September 11 attacks received financial support from Saudi Arabia. These pages are reportedly locked away in the basement of the Capitol; members of Congress can read them, but the pages remain classified. The 28 pages may include key information into "specific sources of foreign support for some of the September 11 hijackers while they were in the United States," according to the chapter's introduction in the report.

The two hijackers made their home in San Diego shortly after arriving in the United States. It was there where they obtained housing and foreign language instruction. But the money and connections required to do so have remained the subject of speculation.

Former Sen. Bob Graham, the former chairman of the Senate Select Committee on Intelligence and co-chair of the bipartisan joint congressional inquiry into intelligence failures related to the attacks, believes the hijackers received support not just from the Saudi Arabian government, but also from wealthy citizens and even charities. He seemed resolute in an interview with 60 Minutes: “I think it is implausible to believe that 19 people, most of whom didn't speak English, most of whom had never been in the United States before, many of whom didn't have a high school education — could've carried out such a complicated task without some support from within the United States."

The White House did not confirm if President Obama has read these 28 pages, nor is it likely these pages will be made public before he leaves for Saudi Arabia on Tuesday. According to Graham, he received a telephone call from Brett Holmgren, a senior policy advisor to the assistant to the president for Homeland Security, confirming that the declassification review of the documents should be complete within the next couple of months. The White House did not confirm this timeline.

Brian McGlinchey, the founder of 28pages.org, a self-described "information and

activism hub" dedicated to declassifying the pages, remains hopeful. "I definitely think there is some momentum," he said in a statement.

The relationship between the United States and Saudi Arabia remains a complex one. Tensions have risen particularly in light of the recent nuclear deal with Iran, a sworn enemy of the kingdom. Josh Earnest, the White House Press Secretary, said he does not know if the allegations of Saudi support for the hijackers will come up during the trip, choosing to allay speculation by directly quoting from the 9/11 Commission Report in a briefing last week: "Saudi Arabia has long been considered the primary source of funding. But we have found no evidence that the Saudi government as an institution or senior Saudi officials individually funded the organization," he said.

In the U.S., tensions run high as well. President Obama faces pressure from families of the victims of the attacks, who want him to back legislation allowing them to sue the Saudi Arabian government. Administration officials are lobbying to halt the legislation after Saudi Arabia threatened to retaliate financially, by selling off $750 billion in U.S. assets.

Because foreign governments normally are immune from suits in the United States, past efforts of 9/11 families to hold the Saudi government accountable in federal court have failed. "I'm completely outraged," said Loria Van Auken, whose husband Kenneth worked on the 105th floor of the World Trade Center's North Tower. “If someone you loved was murdered and the person was able to go away Scot free, would you be okay with that? I don't think anybody would. It feels like blackmail," Van Auken said. "The government, the president is siding with Saudi Arabia over the 9/11 families."

Jim Kreindler, a lawyer representing the families, echoed Van Auken’s sentiments. "The administration views the 9/11 families suit as an impediment to the U.S.-Saudi relationship," he said in a statement. "I think that he should raise not only the 28 pages, but the unresolved disputes between 9/11 families and Saudis generally," Carter said, noting the president’s upcoming bilateral meeting with Saudi King Salman.

Congressman Adam Schiff, the current ranking Democrat on the Select Committee on Intelligence, does not believe these documents will make a difference. He wants the pages declassified because he believes it will put speculations of Saudi involvement to rest. "The 9/11 Commission investigated these claims and was never able to find sufficient evidence to support them," Schiff said in a statement.

The White House points to a past record of transparency, most notably its declassification of the Senate Intelligence Committee Report on Torture. Brian McGlinchey says this is not enough. "Until these 28 pages are freed from the vault, the American people can't make an informed evaluation of their government's past and present foreign policy and its execution of the war on terror," he said.

Ben Rhodes, a top aide to President Obama, would not speak directly about the 28 pages, but did speak at length on the controversy surrounding the documents: “I think the difficult thing that Americans need to understand is we forge these relationships with governments because we have some shared interest with them,” he said recently. “[W]e didn't really think about any other aspect of it at great length at least, and yet over time these trends emerge with respect to extremism and funding of extremist groups.” He noted, “I think the point for Americans is sometimes we fail to recognize how omnipresent we are around the world…the fact of the matter is we are inevitably seen as the one superpower as a potential source of grievances from all kinds of people all over the world.”

For the families of the 9/11 victims, however, these explanations are unlikely to diminish their quest to hold the country of Saudi Arabia responsible in some way, particularly as they await news on whether the missing 28 pages will be declassified at last.