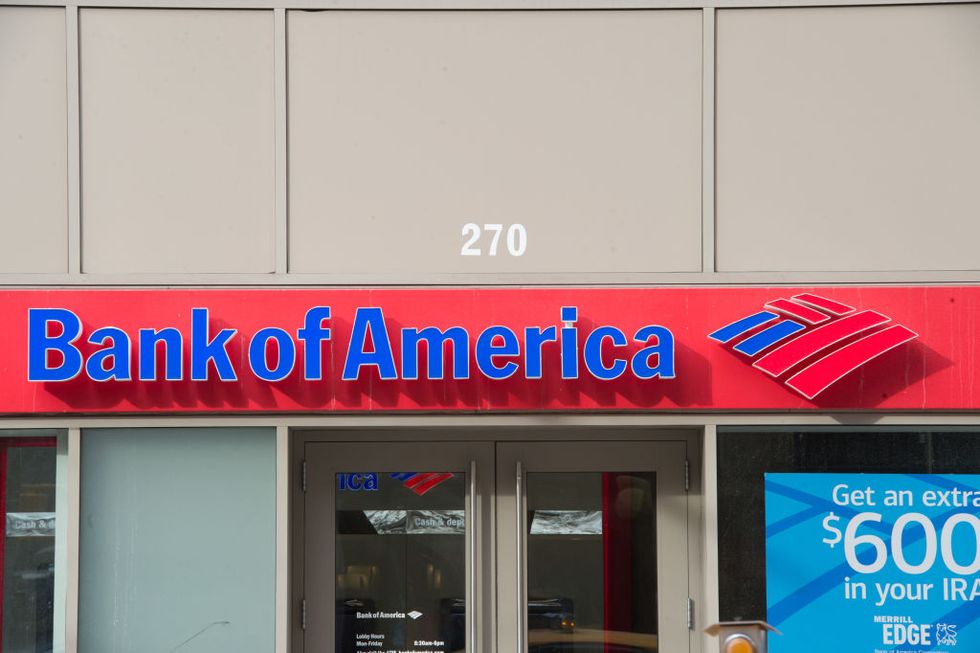 "We want to contribute in any way we can to reduce these mass shootings," she said, adding that the bank works with “just a handful of manufacturers,” with whom it has had “intense conversations over the last few months." Bank of America does not intend "to finance these military-style firearms for civilian use," Finucane said, noting that reactions to the new policy have been "mixed."

Although Bank of America would not name any of the gun manufacturers it works with, its clients include such brands as the American Outdoor Brands Corporation (which owns the Smith & Wesson brand), Remington (which last month filed for Chapter 11 bankruptcy protection), and Sturm Ruger & Company.

"These are clients we have enjoyed a relationship with," Finucane said. "There are those I think will reduce their portfolios and we'll work with them and others that will choose to do something else."

Finucane stressed that Bank of America will continue to offer banking services to firearms retailers. Asking gun retailers to not sell certain types of handguns or long guns “gets into civil liberties” and is “a ways off,” she said.

The announcement comes after the bank, which is headquartered in Charlotte, North Carolina, disclosed in February that it was reaching out to clients that manufacture assault weapons for non-military use "to understand what they can contribute to this shared responsibility."

Reaction to the policy change has indeed been mixed, as social media posts can attest.

Others also extended their praises to the bank.

Weapons of war do not belong on our streets. I hope more companies follow Bank of America. Do something: lead. https://t.co/GEJTAyYRyI
— Andrew Cuomo (@Andrew Cuomo) 1523450142.0

Evidence that change is in the air: a Bank of America executive announced Tuesday that the bank will stop lending m… https://t.co/R0Kub3thz7
— Grandmas Web (@Grandmas Web) 1523446213.0

While others slammed the corporation for being "anti-Second Amendment":

Bank of America is not the only bank to weigh in on the debate surrounding gun violence that has engulfed the nation nice Nikolas Cruz gunned down 17 people at Marjory Stoneman Douglas High School in Parkland, Florida, on Valentine's Day.

Last month, Citigroup became the first big bank to issue new policies to gun manufacturers, saying it would bar companies with which it does business from selling firearms to people under 21 years old and prohibit clients from selling high-capacity magazines and bump stocks, which make guns fire bullets more rapidly.

That's a stark difference from comments made last month by Wells Fargo CEO Tim Sloan, who said the bank is speaking with gun manufacturer clients but balked at the idea of barring people from buying guns.

"I don't know if banks or credit card companies or any other financial institution should be the arbiter of what an American can buy," Sloan said at the time.

Corporations outside the financial sector have also taken a stand.

In February, shortly after the Parkland shooting, Dick's Sporting Goods, a sports and outdoors accessory and equipment retailer, announced it would no longer sell assault rifles, high capacity magazines or bump stocks, and would prohibit anyone under the age of 21 from purchasing a firearm.

The same day Dick's Sporting Goods made its announcement, Walmart announced will stop selling guns and ammunition to anyone under 21.