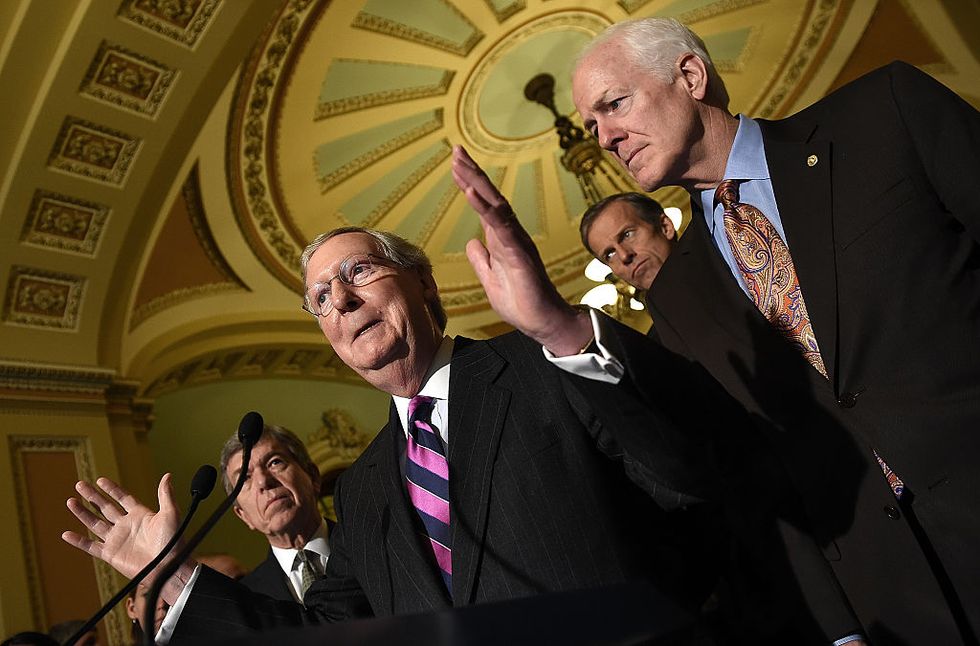 During the Obama administration, billionaire Seth Klarman gave more than $7 million to Republican candidates and political committees. His fortune helped fund the GOP takeover of the House and Senate.

But now under the administration of President Donald Trump, where republicans control all of the federal government, Klarman has changed his mind about supporting the GOP.

Since the 2016 presidential elections, Klarman gave about $222,000 to Democrats: 56 running for the House of Representatives and 22 to Senate races. The billionaire explained his decision in a statement to The Boston Globe.

The Republicans in Congress have failed to hold the president accountable and have abandoned their historic beliefs and values. For the good of the country, the Democrats must take back one or both houses of Congress.”

I received a tax cut I neither need nor want. I’m choosing to invest it to fight the administration’s flawed policies and to elect Democrats to the Senate and House of Representatives.”

Klarman plans to continue donating. He donated nearly $2 million to nonprofit organizations promoting gun control, protecting the environment, and bolstering the rule of law — all areas that Democrats claim are under attack under Trump.

In a year end letter from January 2017, the billionaire stated:

Many say reflexively that America and its institutions are strong, so strong that they will survive a Trump presidency. And they probably will. But democracy must never be taken for granted.”

Democracies are fragile and cannot be taken for granted. Democratic norms are crucial for the perpetuation of democracy. Political stability depends on the rule of law and adherence to precedent.”

“I’ve taken the view that each of us can be bystanders, or we can become upstanders. I choose to be an upstander.”

Governing is not a joke or a farce, and it is certainly not a reality show. Tragically, Donald Trump has displayed few of the character traits required in a US president, and no aptitude for or interest in developing them.”

Many traditional Republican big money donors express concern over Trump and the direction he’s taking the country, but most haven't changed their patterns of donating. But as Trump becomes increasingly volatile, talk of jumping ship grows.

“These guys, a lot of them, are fiscal conservatives, and the only thing they see coming out of Trump is the daily crazy tweets,” said Rick Wilson, a Florida Republican who does not support Trump. “The contempt for him is profound among the donor community.”

A spokesman for the National Republican Congressional Committee, which Klarman gave $200,000 since 2012, had no comment about Klarman’s change of heart. It will be hard to tell if Klarman is alone in his change of heart until more federal campaign contribution data becomes public.

The public are already commenting on Klarman's shift however.