A Right Wing Host Just Made a Questionable Claim About Donald Trump and God, and Twitter Is Calling Him Out 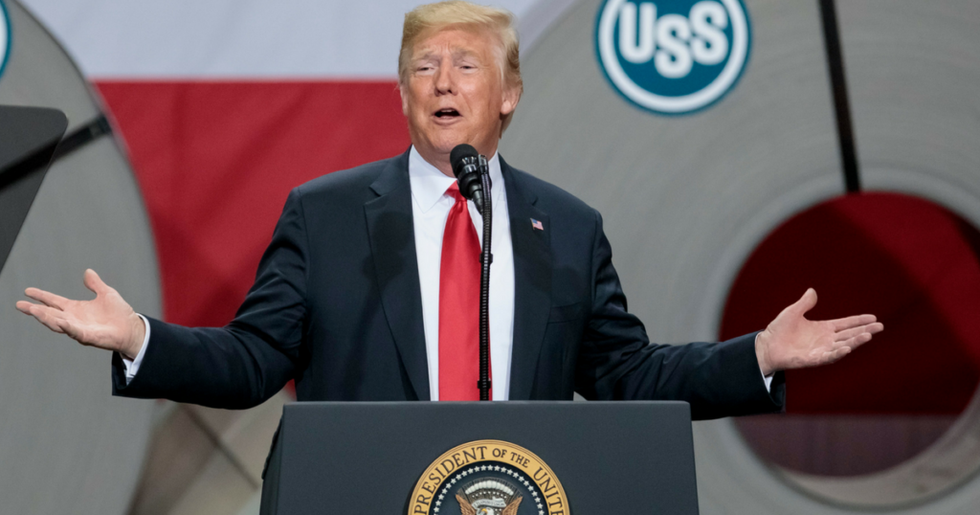 "It's just math," Mitchell concluded. Mitchell did not offer any math to back up his claim.

This is not math and Twitter jumped in to remind the "Your Voice" host that the evidence at hand supports a much different conclusion.

What's more obvious, one user pointed out, is the favoritism coming from the Trump administration - toward Russia.

Congressman Ted Lieu (D-CA) fired back at Mitchell by saying "God favors everyone."

Then came some other claims which actually made a lot more sense than Mitchell's.

And "much better reasoning."

Given that Mitchell decided to arbitrarily confuse causality with correlation - a frequent mistake those poorly-versed in math and science make, Twitter offered some other examples.

@mitchellvii You’re saying “favor” is a transitive property. That entails that if you and, say, Obama both favor an… https://t.co/bjs3giRyBB
— Patrick Stokes (@Patrick Stokes) 1532935080.0

Neither did his "blind belief in superstitions," which, of course, are not math.

"There is literally no math here."

Mitchell got compared to a port-a-potty.

"You're reading the wrong book. This is what I found," a person willing to actually read the Bible pointed out. "America was never mentioned, but loving everyone was."

Though there may be an explanation for Mitchell's poor grasp of arithmetic, joked one follower.

There's a whole big world out there. Surely God doesn't only love America...

Even if Mitchell had meant to say "logic" instead of "math," it still doesn't work.

Come on Bill, that's not how this works.