Anderson Cooper Mocked Donald Trump for the Absurdly Skewed Poll His Campaign Sent Supporters, and Now Cooper Has a Poll Question of His Own 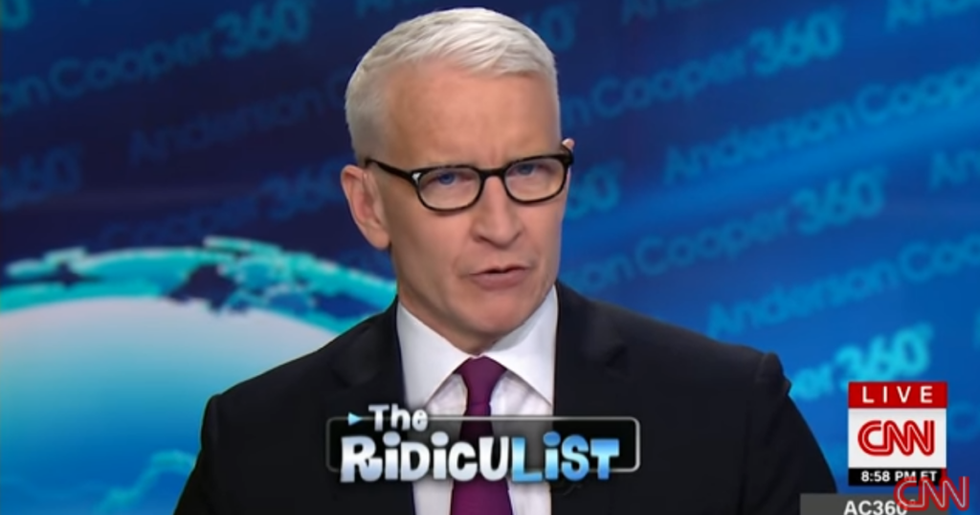 After President Donald Trump's supporters were asked to rate his State of the Union address by answering a biased survey, Anderson Cooper featured the questions on 360's "Ridiculist" on Thursday night.

Cooper wanted to know what the "purpose" would be of "gathering this type of information," and asked why the president would "want the results of a skewed survey" in which all the choices mean "you, sir, are awesome."

Anderson Cooper then asked his viewers to also take a different version of the poll.

"How would you rate the president's survey?" Cooper asked. "embarrassing, utterly pointless, a shameless exercise in narcissism, other."

Some people thought it was satire.

@brianklaas It looks like something from @StephenAtHome’s @colbertlateshow.
— Atticus West (@Atticus West) 1549485100.0

Others struggled to accept that it was real.

Hard to tell these days.

Some options were missing.