The fight to #FreeRosa has gone to the next level. 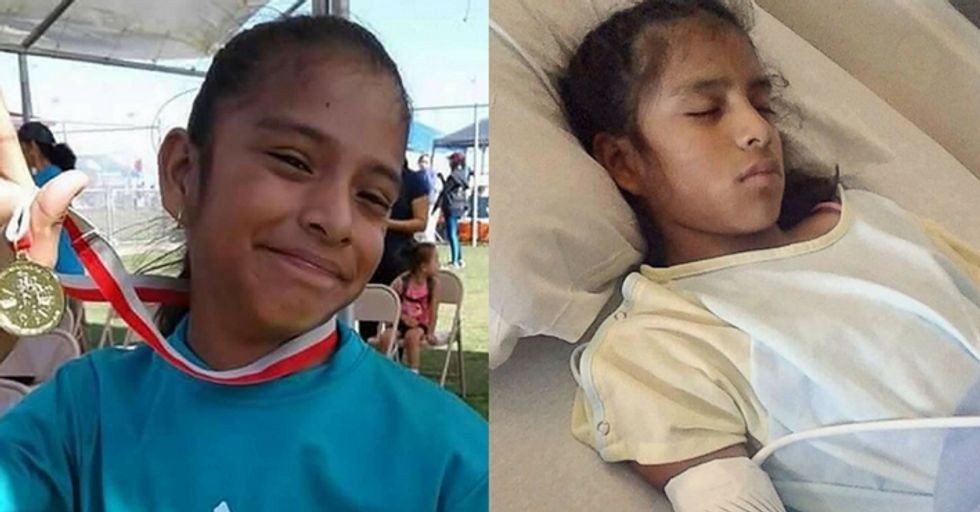 Rosa Maria Hernandez shows off her Special Olympics medal and recovers in the hospital before her arrest. (Photo credits YouTube)

Rosa Maria is currently being held in a detention facility run by the Office of Refugee Resettlement despite her parents, both undocumented themselves, living within the state.

In a letter notifying the named defendants, including ICE head DHS Acting Secretary Elaine Duke, of the lawsuit, the ACLU explained that Rosa Maria’s condition made her arrest and detention particularly abhorrent.

It is unconscionable to target a little girl in a children’s hospital. Hospitals are considered sensitive locations under Homeland Security’s own policy, and Border Patrol should not be arresting people there — especially children."

"The government’s actions are unlawful, cruel, and threaten to keep parents with sick children from seeking care," ACLU attorney Michael Tan said in a press release.  "It is also unconstitutional to deprive a child of the love and care her parents have provided her entire life.”

Rosa Maria has never been separated from her parents before. Her medical condition requires constant attention, and she is completely dependent on her mother."

"At home, Rosa Maria attends elementary school five days a week, where she receives special-education classes, frequent therapy sessions, and other services. Most importantly, at home Rosa Maria receives the care of her mother, who has ensured that she has the support and home-based therapy she needs to thrive."

"Every night, Rosa Maria plays outside with her sisters, and her mother creates games to help improve her strength, using play-based therapy techniques that therapists have taught her since Rosa Maria was first diagnosed. Rosa Maria needs this care, stability, routine, and support."

Without the network of support from her family and community, the ACLU argued, Rosa Maria’s “developmental progress will suffer.”

Public support for Rosa Maria Hernandez and outrage over her arrest is evident in social media use of the hashtag #FreeRosa.