It Ain't Mexico: How Trump Now Says the Wall Really Will Be Paid For 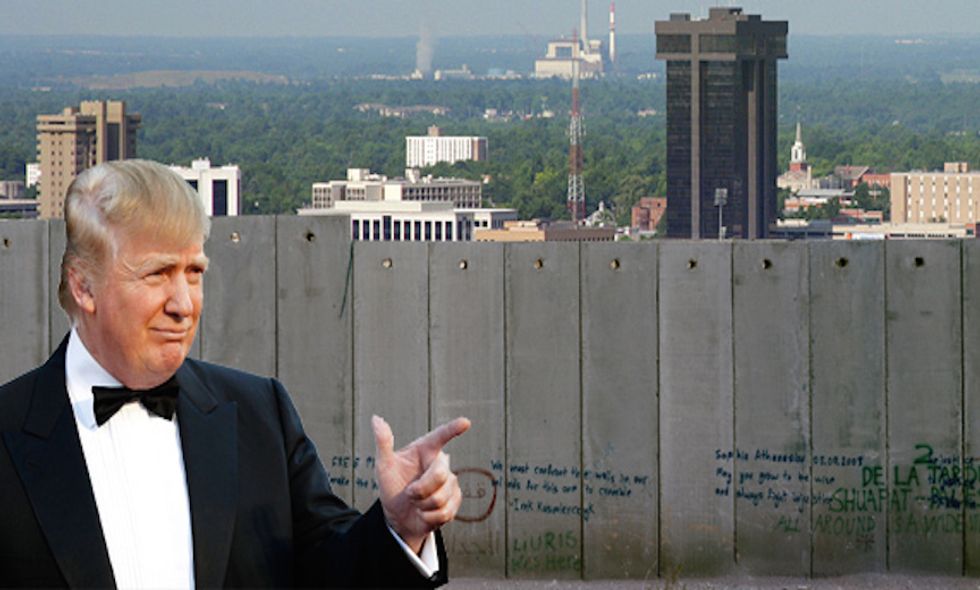 These proposed cuts include budgets for the Coast Guard, airport security, and emergency response funds, all of which could diminish border readiness and national security. Critics were quick to point out the incongruity of the proposal.

I'm lost: if Trump is keeping his promises, Mexico pays for the wall. So why is he considering massive cuts to Coast Guard & TSA to fund it?
— Matt McDermott (@Matt McDermott) 1489066055.0

According to the Washington Post, the Office of Management and Budget (OMB) created the budget cutting proposal.

It would remove $1.3 billion of the Coast Guard's $9.1 billion budget, more than $500 million from the Transportation Security Administration (TSA), and over $370 million of the budget for the Federal Emergency Management Agency (FEMA).

The Department of Homeland Security would still see an increase in its budget to allow for more border patrol and Immigration and Customs Enforcement (ICE) agents and to fund more detention and deportation of immigrants.

The TSA funding cuts would hamper terror prevention efforts by cutting funding for federal and local officers at airports and train stations. It would also reduce funding used to train local law enforcement on how to use cybercrime tools.

Michael Short, a White House spokesman, tried to deflect criticism of the proposal yesterday saying that “trying to draw conclusions this early would be extremely premature.”

National security experts are worried that the plan is ignoring the larger picture of how border protection needs to shift as changes are made. Stephen Flynn, a retired Coast Guard commander and director of the Global Resilience Institute told Politico, "As you harden the land border you open up the maritime border. It makes no sense. You are going to have this balloon effect."

In his insistence on protecting land borders, Trump seems to have forgotten that people can use planes and boats. https://t.co/W2JKkJwt38
— Tina Nguyen (@Tina Nguyen) 1488988981.0