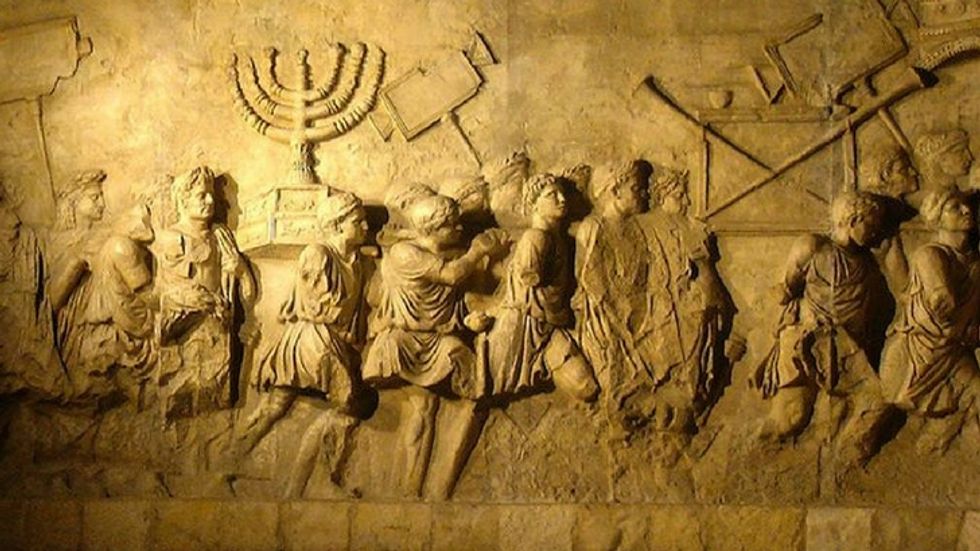 Hanukkah 2017 begins at sunset on December 12. The annual festival of lights will end at sundown on December 20th. Many people know about the traditions associated with this Jewish holiday but Hanukkah is about more than just lighting candles, spinning a dreidel, and receiving gifts.

Here's what you need to know about Hannukah history and origins:

The eight-day Jewish Festival of Lights has a long history. Hanukkah origins come from the rededication of the Second Temple in Jerusalem in the second century B.C. In fact, Hanukkah actually means “dedication” in Hebrew. Hanukkah history begins with the Jewish priest Mattathias ben Johanan and his five sons who led a rebellion against Antiochus IV, a ruler who banned traditional Judaism in an attempt to unify his kingdom.

In many ways, Jerusalem was trapped in a civil war between two different groups of Jews in the city. Some had adopted the cultural traditions of Antiochus IV, which included idol worship in the temple. There was another group, the Maccabees, who wanted to enforce Jewish laws and traditions even if they needed to use violence to force others to comply.

According to Hanukkah history, Mattathias’s son Judah Maccabee led his traditional followers to drive the Syrians out of Jerusalem. Then, Judah and his followers cleansed the Second Temple, rebuilt the altar, and lit the menorah (or the golden candelabra with seven branches to represent knowledge and creation kept burning in the temple every night). It was during this rededication of the temple that a miracle happened.

Even though there was only enough oil to light the Second Temple’s menorah, the candles stayed lit for eight nights. This was seen as a symbol that God was once again protecting the Jewish people. Because of this, Jewish priests declared an annual festival of thanksgiving. During the Hanukkah celebration, a candle is lit on the menorah each evening to commemorate the miracle that occurred in the Second Temple. Families also fry traditional Hanukkah foods like latkes (potato pancakes) and sufganiyot (jam-filled donuts) in oil to commemorate the miracle in the temple.