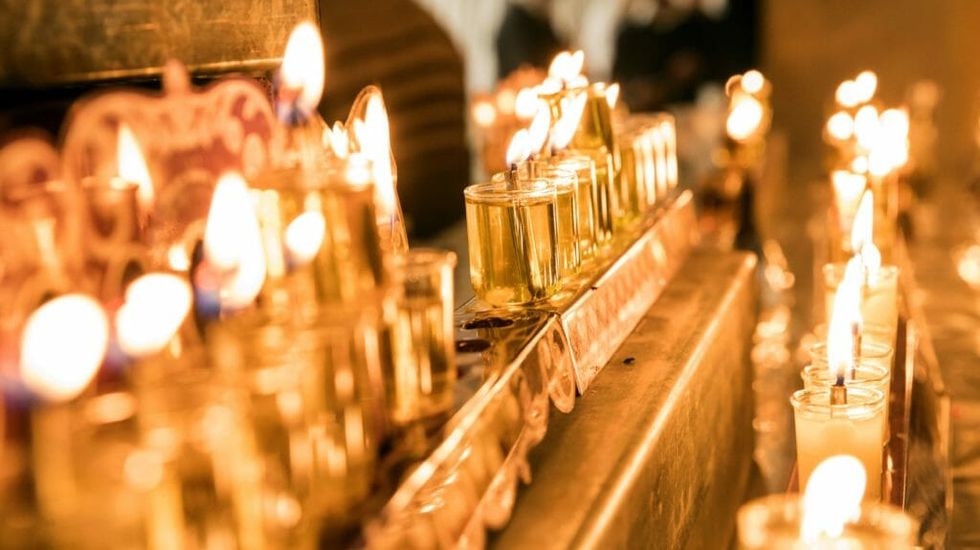 Candles are lit on a menorah at a Yeshiva religious school during the Jewish holiday of Hannukah, the festival of lights, in the central Israeli city of Bnei Brak near Tel Aviv on December 28, 2016.

Hanukkah is just around the corner, so get those Menorahs out. The Jewish holiday will begin the evening of Tuesday, December 12, this year. It will end Wednesday, December 20.

Hanukkah, also known as the Festival of Lights, lasts for eight days. During this time, families gather in honor of the rededication of the Second Temple of Jerusalem. Hanukkah is celebrated annually on the 25th day of the month of Kislev in the Jewish calendar, through to the second day of Tevet.

What Does Hanukkah Celebrate?

The holiday commemorates the rededication of the Jewish temple.

More than 2,000 years ago, Mattathias the Hasmonean started the Maccabean Revolt against the Seleucid. He did so by refusing to worship the Greek gods during the second century BC. The Jewish rebels eventually were defeated the occupying forces. They then reclaimed the holy temple in Jerusalem.

Hanukkah celebrates Judah Maccabee's victory against the Seleucids. According to History.com, it is believed that during a ritual cleansing after the war, there was only enough consecrated oil to keep the lamp burning for one day. The small amount of oil miraculously ended up lasting eight days. Thus, the holiday is celebrated for eight nights and days.

How are Menorahs Lit?

A Menorah (the Hebrew word for lamp) is lit with a primary candle. This is then used to light the others. The menorah is lit from right to left; just how the Hebrew language is read. Menorahs have nine branches, plus a shamash (or helper) which is the first one lit. The shamash sits higher than the others so it is not confused with them.

Apart from lighting the Menorah, other popular traditions are practiced with the holiday. Families often give out presents on each of the eight nights. They also often play games like dreidel and receive gelt coins.