Are Food Banks A Major Health Threat To The Poor? 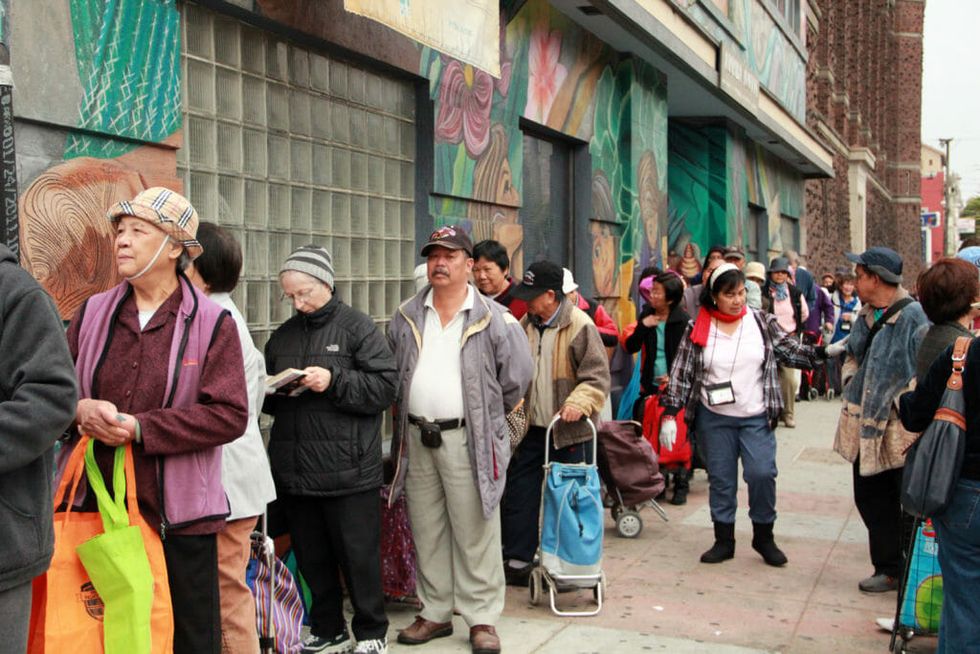 People with type 2 diabetes know it can be expensive to follow the high fiber, low carbohydrate diet recommended by the American Diabetes Association. Cheap and filling foods tend to be heavy in the carbohydrates that cause blood sugar to spike. Foods that help maintain healthy blood sugar levels, such as protein and vegetables, often cost significantly more, and can be hard to come by for people without reliable access to enough safe and nutritious food. This dilemma, often exacerbated by low income and other limitations, is also known as food insecurity. While food assistance may be available, the food that is subsidized or donated to emergency food pantries is often low in quality and high in carbs. Those experiencing food insecurity have few options for feeding themselves well or consistently on a tight budget, and often pay with their health.

Recently, researchers from the University of California, San Francisco (UCSF) and Feeding America, an organization with centers in Texas and Ohio, launched a pilot program partnering with selected food banks and their partner food pantries to distribute diabetes-appropriate food to eligible obese and diabetic clients. In doing so, they hoped to control the subjects’ diabetes by providing and educating them about healthier food offerings. As expected, nutritional support and education significantly lowered blood sugar levels. However, when the study ended, many subjects had no resources to maintain their health without the program’s assistance. The researchers further speculated that type 2 diabetes among those dependent on assistance might be related to the foods readily available from the food pantries, specifically rice, potatoes, pasta and bread. These items are frequently in high volume and are often subsidized. Stores often donate day-old bread or almost expired shelf-stable foods to assistance programs. While these options do fill bellies, the poor nutritional content is a detriment to community health.

UCSF and Feeding America offered meal plans with pre-sorted ingredients as well as medical and nutritional counseling. Those who successfully followed the program saw marked improvement in their blood sugar levels. Many participants reported that while their doctors had told them what to eat and what not to eat, they never asked if they had access to those healthier foods. Several other participants reported in their health histories that they often skipped meals due to lack of money. Hospitals often see more instances of low blood sugar in the emergency room at the end of the month, when people on social assistance have run out of food and money. Skipping meals and undereating are contributing factors to type 2 diabetes.

According to the American Diabetes Association,Type 2 diabetes and its complications account for a major portion of public healthcare spending. In fact, from 2007 to 2013, costs related to type 2 diabetes increased by 41 percent, from $174 billion to $245 billion. This study suggests a correlation between social food assistance programs and rising levels of diabetes among the poor. Addressing the connection by offering more comprehensive nutritional support and education should save money on healthcare costs in the future, as well as improve the overall health  of millions of Americans. Researchers hope that the evidence gathered in Texas, California and Ohio can initiate a national conversation about how we serve the poor.