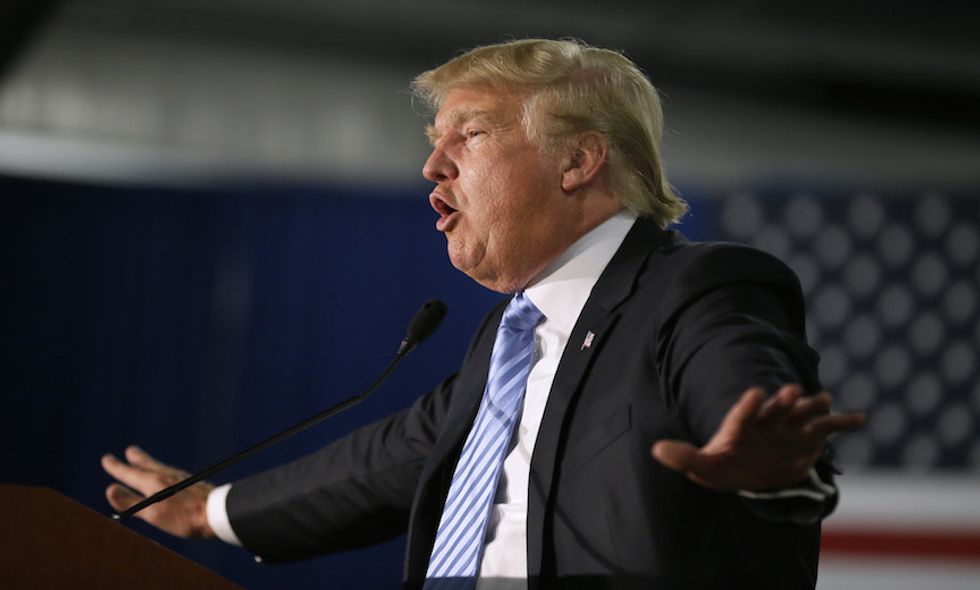 Last night, the Trump administration defended his executive order banning Muslims from seven countries from entering the U.S. The Ninth Circuit Federal Court of Appeals heard the Justice Department’s appeal in a telephone hearing. More than 130,000 interested listeners tuned in to hear the arguments.
Trump issued his executive order on January 28, stranding travelers who had already undergone vetting to get visas and green cards.  The order sparked protests at airports and other locations across the country.
On January 28, Federal Judge Ann Donnelly issued an emergency ruling that required U.S. border agents to stop returning people who arrived with valid visas or approved refugee applications. A series of additional court decisions have followed in the days since that decision, culminating in the issuance of a Temporary Restraining Order by Judge James Robart in Seattle, which formed the basis of the appeal.

The hearing before the Ninth Circuit will decide whether the ban stays in place or may proceed while the legal challenges to the ban’s constitutionality continue to move through the system. The Justice Department argued that national security justified Trump's order and that, traditionally, issues of national security are immune from lawsuits or judicial review.

August E. Flentje, the attorney representing the administration, appeared to argue that judges can not gainsay presidential decisions: “We’re not saying the case shouldn’t proceed, but we are saying that it is extraordinary for a court to enjoin the president’s national security decision based on some newspaper articles.”

These claims were met with skepticism from the panel, including strong questions of the government's policies from two of the judges. Judge William Canby, an appointee of President Carter, and Judge Michelle Friedland, a President Obama appointee, even came to the aid of the plaintiffs' lawyer when he was pressed for evidence that the travel order was based in religious bias. “You have actually supported these allegations with exhibits, haven’t you?” Friedland nudged the lawyer representing the states' case. Canby then chimed in that it was the federal government,

not the states, that bore the burden of showing its arguments would prevail.

Attorney August Flentje argued for the Trump administration that Trump’s order merely puts a “temporary pause” on entry from the seven countries until security concerns could be reviewed. He said those seven nations were targeted because they had been determined previously by Congress and the White House under President Obama to pose a higher risk of terrorism.

But Judge Richard Clifton noted the defense had only “pretty abstract” evidence that irreparable harm might result if the restraining order were not removed. “It isn’t like there haven’t been processes in place” for extra screening of applicants, he noted. “Is there any reason for us to think there is a real risk?”

Judge Friedland also asked the federal government’s lawyer how the White House would view an order that said all Muslims were banned. Flentje demurred but ultimately conceded that such an order faced a challenge on constitutional grounds.

But Judge Clifton, when questioning the attorneys representing states objecting to the ban, also seemed skeptical. “I have trouble understanding why we’re supposed to infer religious animus when in fact the vast majority of Muslims would not be affected,” he stated. Clifton seemed to be open to the administration’s request to allow the ban to continue for people who have not yet entered the U.S. as the appeals continued.

A ruling on the case is expected by the end of the week. Any decision is likely to be appealed to the Supreme Court.