How is this real? 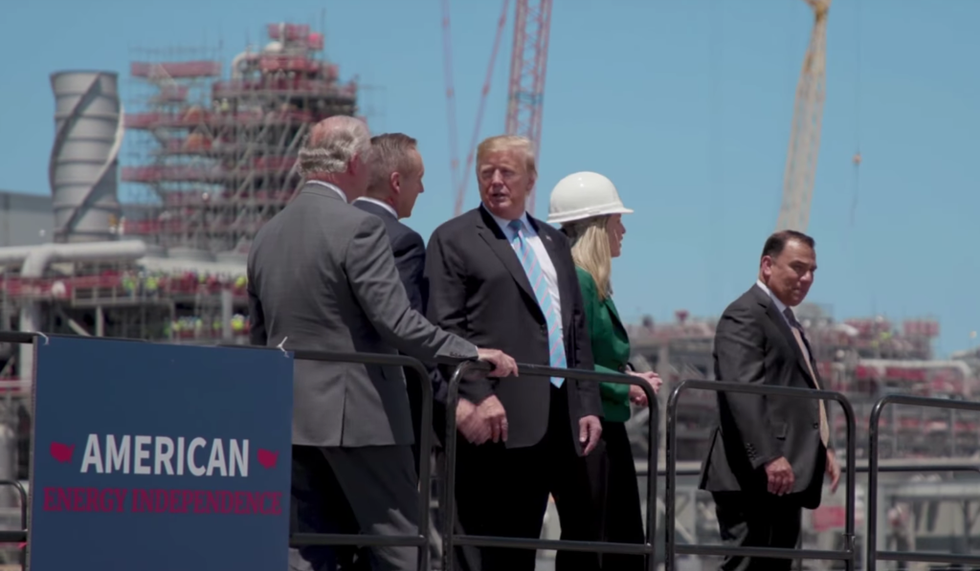 A press release from the Department of Energy regarding the export of liquefied natural gas is getting attention for all the wrong reasons.

While touting its "commitment to promoting clean energy, job creation, and economic growth" by increasing exports from Freeport LNG Terminal in Texas, Department of Energy Undersecretary—Mark W. Menezes—referred to natural gas by a new and startling name:

“Increasing export capacity from the Freeport LNG project is critical to spreading freedom gas throughout the world by giving America’s allies a diverse and affordable source of clean energy."

That's right, apparently natural gas will be referred to as "freedom gas."

Later in the release, Assistant Secretary for Fossil Energy Steven Winberg referred to the liquefied gas as "molecules of freedom."

People were quick to roast the new moniker from Trump's energy department.

“[T]he United States is again delivering a form of freedom to the European continent. And rather than in the form of young American soldiers, it’s in the form of liquefied natural gas."