Duval: The Story Behind The Jaguars Fans' Rally Cry 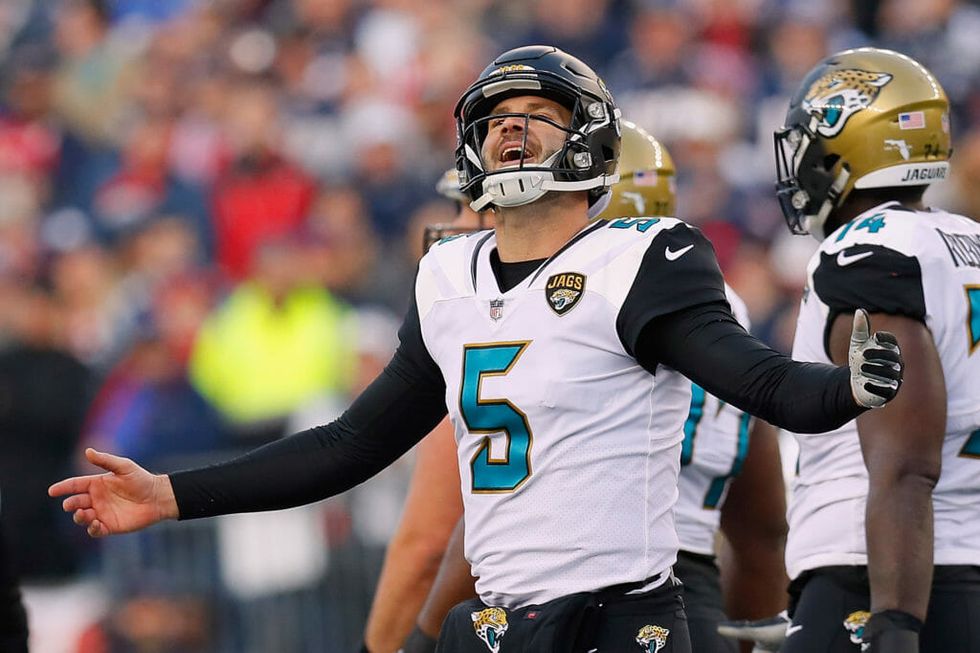 If you watched the AFC Championship series on Sunday between the Patriots and the Jaguars, you may have heard Jacksonville fans bellowing an elongated "Duval!" It's certainly a unique battle cry, and it's a bit confusing on the surface... particularly for people who aren't in with the Jacksonville crowd.

The Jaguars, of course, ultimately lost the game. But right up until the final drive, fans were shouting "Duuuuuuuuvaaaaaaal" as loud as they possibly could. Here's the story behind the Jaguars fans' battle cry.

There's actually not a particularly complicated story to explain here. The city of Jacksonville, Florida, is in a fairly unique position of being the only city in its county. That county, as you might have guessed by now, is Duval County. For that reason, "Duval" has become the cry of choice for Jaguar fans.

The origin of this cry is unclear, though it seems to have gained popularity as the result of a Twitter poll in 2013. One theory for its origin is the use by 90s rappers, who used it to describe the city of Jacksonville. It began to pick up steam back in the early 2000s, perhaps as a direct result of its use in rap music.

Whatever the reason, it certainly makes some level of sense. After all, "Jacksonville" doesn't exactly roll off the tongue as a call in a stadium. The shortness of the vowels don't allow much of a crowd roar. Not to mention the extra syllables which hardly allow for a succinct bellow.

It does have its drawbacks as a rooting word, however. When the team drafted Blake Bortles back in 2014, Jaguars fans cried out "Duuuval" in unison; Bortles reportedly thought he was being booed at the time rather than celebrated.

Whether you're a Jaguars fan or not, shouting "Duuval" is a great way to show your support for Jacksonville in the playoffs next season!