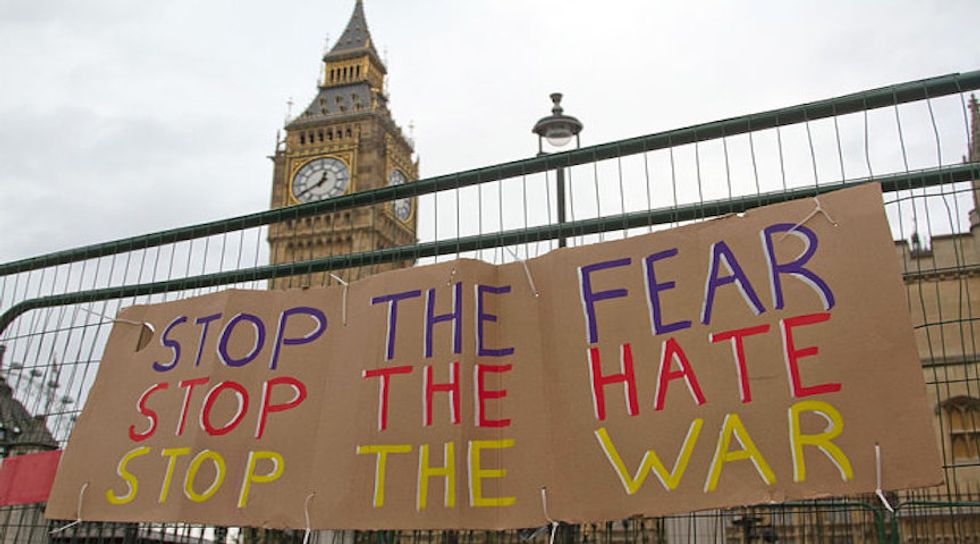 Update:  Since this article was published, the British Parliament voted to authorize the use military force against ISIS in Syria. The vote was 397 to 223.

British Prime Minister David Cameron urged Parliament to back U.S.-led airstrikes against ISIS in Syria, saying "[t]he question is this -- do we work with our allies to degrade and destroy this threat and do we go after these terrorists in their heartlands from where they are plotting to kill British people, or do we sit back and wait for them?"

The Prime Minister’s voice was muffled by members of Parliament (MPs) demanding an apology for statements Cameron made earlier, where he had called those who opposed the effort “a bunch of terrorist sympathizers.” Cameron held his ground and did not apologize for his remarks, but offered his respect for those who would disagree with his position before continuing to make his case.

Afghanistan and Iraq. After the deadly attacks in Paris on November 13, however, that tide may be turning. Many took to Twitter in support of former Labour foreign secretary, Margaret Beckett, after her speech in support of the airstrikes.

The UK’s major political parties are sharply divided on the issue. Though a majority of Conservatives in Parliament are expected to back Cameron’s plan, 30 members of the Conservative party voted against supporting airstrikes in August of this year. Notwithstanding the Paris attacks, at least 15 of those 30 Conservatives are expected to vote against the measure. BBC News reports that the Labour Party, on the other hand, is likely to vote against the measure. As of Tuesday, only 50 of 231 Labour Party MPs were expected to side with the Prime Minister.

Meanwhile, as the debate continues in Parliament, protesters across the country are expressing their opposition to the proposed airstrikes.