Cooper Kupp: A Must-Start In Fantasy Football While Robert Woods Is Out 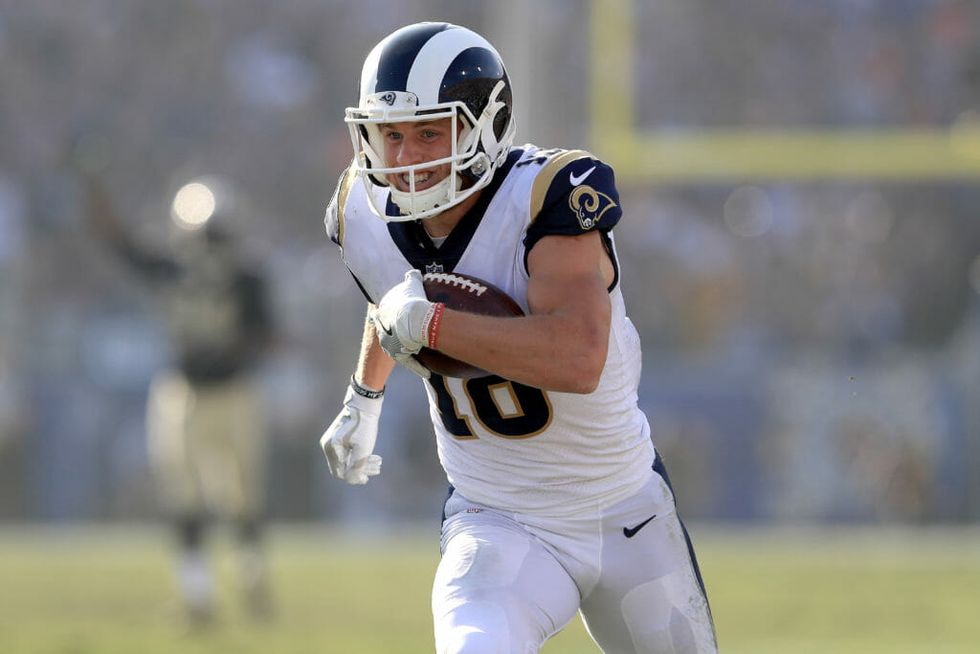 Cooper Kupp appears to have taken over the number one wide receiver role for the Rams. With Robert Woods (quarterback Jared Goff's usual favorite target) out due to a shoulder injury, Kupp became the primary pass option during Sunday's game against the New Orleans Saints. Cooper Kupp hauled in 8 of his 11 targets for a total of 116 yards, including this 53-yard catch.

There's no question about it: Cooper Kupp has WR2 in potential in fantasy football as long as Woods remains sidelined. Fellow Rams wideout Sammy Watkins got two fewer targets and managed just four receptions on the day. Last week, I wrote about Woods' fantasy value for the remainder of the season; consider Cooper Kupp the new Robert Woods for the time being.

Volume Is The Key

Jared Goff has emerged as one of the game's better quarterbacks recently. He's thrown for over 300 yards in three of his past four games, so it seems as though there should be plenty of targets to go around for the Rams. This gives Cooper Kupp awesome upside going forward. He'll face the Cardinals next week, who figure to be a tough opponent, but the volume of targets he's likely to receive provide him with a high floor for fantasy football.

After that, the Rams will face the Eagles, Seahawks and Titans. None of those teams are pushovers, but they're not elite, either. Cooper Kupp probably won't put up 100-yard games every week. However, he's a great flex option at the very least.

Cooper Kupp is only owned in 60.2% of ESPN leagues, and should definitely be a hot target on waivers this week. If he's not already owned in your fantasy football league, make sure to go out and get him.