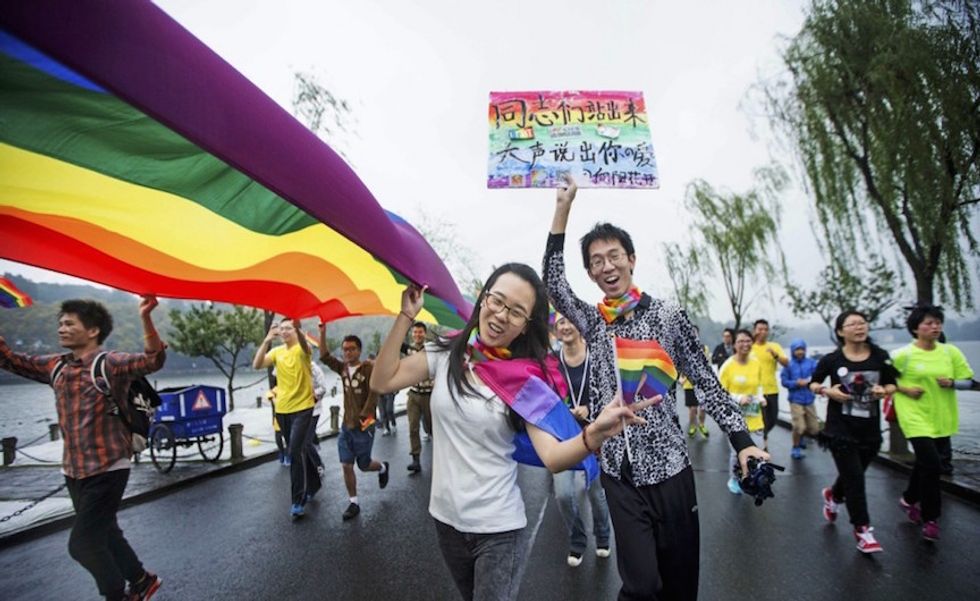 China has accepted the first same-sex marriage case in the history of the country. The case will be heard in Changsha, the capital of Hunan province.

26-year-old Sun Wenlin filed suit in December against the Changsha Furong District Civil Affairs Bureau after he attempted to register to marry his boyfriend at the bureau. A bureau official rejected his application, and told him that marriage had to be between a man and a woman.

Same-sex unions are currently not legal in China, although the country has seen a trend toward greater tolerance of homosexuality in recent years.

In 1997, homosexuality was decriminalized. In 2001, it was removed from a list of mental disorders endorsed by the Chinese Psychiatric Association. China’s current policy toward homosexuality has been termed the “three nots” approach: “not approved, not disapproved, not promoted.”

Notwithstanding the government’s ambivalence toward homosexuality, there is optimism surrounding the case. “I think from a legal point of view, we should be successful,” said Sun. “Our marriage law says there

is freedom to marry and gender equality. These words can be applied to same-sex marriage.”

China’s law says that marriage is between a husband and wife. “A husband and wife can be understood in terms of both relationship and identity,” said Sun. “In terms of relationship, two people who have no blood ties can form a family.” He continued, “We just hope that we can legally become each other’s family in our own country someday in our lifetime.”

Whatever the outcome, activists are celebrating the acceptance of the case. “In China, courts often reject politically sensitive cases, so the fact that the lawsuit is accepted signals some official willingness to address discrimination against LGBT people, which is encouraging,” said Maya Wang, a China researcher at Human Rights Watch. “But,” she continued, “we will need to see if they actually win the case. If they do, it’d be a truly watershed moment for LGBT rights in China.”

Activists are also hopeful that the court’s acceptance of the case will lead to more such cases. “From the standpoint of improving visibility, this case is no doubt a victory,” stated Sun’s legal consultant, surnamed Ding, who declined to give her full name due to the sensitivity of the legal matter.

“More people will know that marriage registration is a right,” agreed Lu Jun, co-founder of Yirenping, an anti-discrimination group.

Court officials declined to comment on the case before it is heard. The case is expected to be heard within six months.