What Christmas Movies are on Netflix in December 2017? 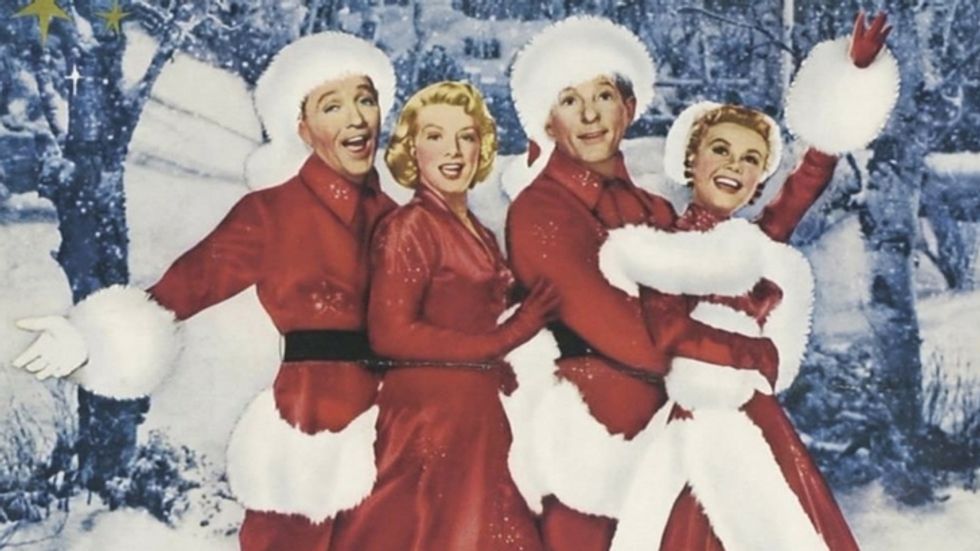 1. How the Grinch Stole Christmas

This live-action version of this Dr. Seuss classic has become a holiday tradition for many families. Jim Carrey gives an unforgettable performance as the miser who hates Christmas until he meets Cindy-Lou-Who and learns its true meaning.

This classic Christmas movie stars Bing Crosby, Danny Kaye, Vera Ellen and Rosemary Clooney, and combines comedy and romance in this musical comedy. There's a reason that people have been watching this holiday film for 60 years.

3. Mickey's Twice Upon A Christmas

The Radio City Rockettes are a Christmas institution in New York City. This taped version of their annual Christmas show allows you to bring this magic into your home no matter where you are.

6. The Nightmare Before Christmas

Fans of one of the best holiday movies on Netflix often debate if this Tim Burton classic is a Christmas movie or a Halloween flick. Either way, this stop-action animated film about a resident of Halloweentown who loves Christmas is a holiday favorite for many people.

Cute dogs and Christmas are a great combination, especially if you're looking for family-friendly Christmas movies on Netflix. You can also watch Santa Paws 2: The Santa Pups streaming on the siteA.

8. While You Were Sleeping

This romantic comedy is a delightful way to spend a few hours. Sandra Bullock plays a woman who rescues her dream man from the train and then poses as his fiancée. It's one of those great movies on Netflix that just happens to take place at Christmas.

It wouldn't be a countdown of the best Christmas movies on Netflix without a Hallmark holiday film. This romantic comedy about a woman who hires a man to pose as her fiancé for the holidays has become a Christmas favorite for many.

This may not be one of the first movies that pops into your head when you think about Christmas movies on Netflix. But this twisted Santa Claus story is a holiday classic.