What are 'The Bachelor Winter Games'? 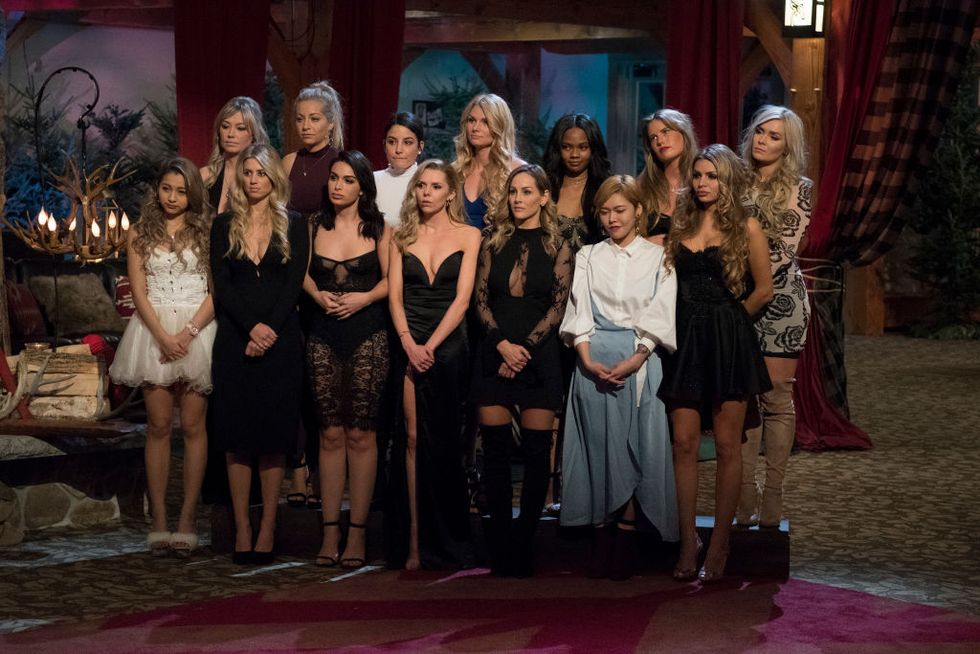 The Games take place in Vermont, and some of the challenges include a winter biathlon and ice dancing. After each challenge, the winners will receive a date card as the prize.

According to ABC, Nancy Kerrigan, who won the bronze medal in figure skating at the 1992 Winter Olympics and the silver medal at the 1994 Winter Olympics, will make an appearance on the show. Kerrigan made national news again this year with the Oscar-nominated film, I, Tonya; a glamorized account of Tonya Harding's life and career as a figure skater, which featured Harding's involvement (or lack thereof) in the attack on Kerrigan just before the Olympics in 1994. (You can read more in Harding's profile in The New York Times.) Tai Babilonia and Randy Gardner, Winter Olympic pair figure skaters, will join Kerrigan on the show.

Ryan and Trista Sutter, who met in the premiere season of The Bachelorette in 2002, will also make an appearance in The Bachelor Winter Games, withArie Luyendyk Jr., Rachel Lindsay, and JoJo Fletcher. And of course, you can't have games without a ceremony. Country music singer Ruthie Collins will perform tonight for the premiere, which will be hosted by Chris Harrison. (Harrison has hosted The Bachelor since 2002.) Learn more about who will appear on tonight's episode on ABC.

In an interview with The Huffington Post, Lesley Murphy (The Bachelor, Season 17) talks about what to expect of The Bachelor Winter Games. He said, "It’s a good balance of competition, winter games, falling down hills, bad athletes on your TV screens, but also finding love. I think there’s some love to be found on Winter Games.”