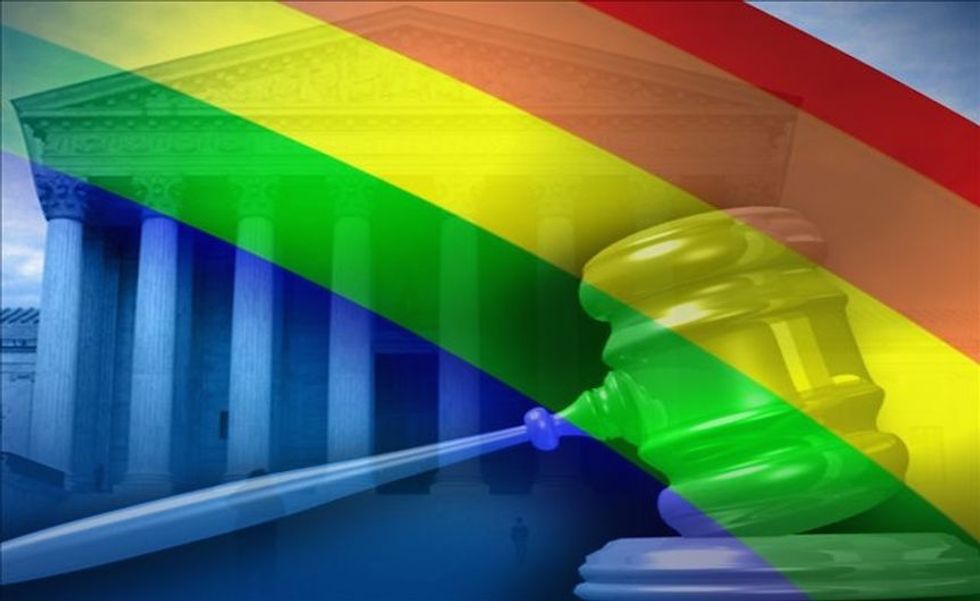 Moore, a conservative Christian, was infamous for erecting a Ten Commandments monument in Alabama’s court building in 2011.

This generated confusion among Alabama probate courts, as some began issuing same-sex marriage licenses while others did not. In March, the Alabama Supreme Court effectively ignored the federal injunction prohibiting courts from enforcing the discriminatory laws, and issued an opinion upholding the constitutionality the “Sanctity of Marriage Amendment.” “Alabama probate judges have a ministerial duty not to issue any marriage license

contrary to [the Sanctity of Marriage Amendment]. Nothing in the United States Constitution alters or overrides this duty,” read the March order. (Judge Granade reaffirmed the binding nature of her decision after the opinion was issued.)

Three months later, in June of 2015, the United States Supreme Court issued its opinion in Obergefell v. Hodges, in which the Court found that, under the Fourteenth Amendment of the Constitution, “same-sex couples may exercise the right to marry” and that “the reasons marriage is fundamental under the Constitution apply with equal force to same-sex couples.”

Nonetheless, Moore asserted in his order that “Confusion and uncertainty exist among the probate judges of this States as to the effect of Obergefell.” Narrowly reading Obergefell as applying only to the states with laws directly at issue in that case (Michigan, Kentucky, Ohio and Tennessee), Moore concluded that Alabama judges were required to ignore Supreme Court precedent. “Until further decision by the Alabama Supreme Court,” he wrote, “Alabama probate judges have a ministerial duty not to issue any marriage license contrary to the Alabama Sanctity of Marriage Amendment.” (The order fails to address the federal injunction.)

Rev. Barry W. Lynn, Executive Director of Americans United for Separation of Church and State, said “I have a news flash for Roy Moore: The U.S. Supreme Court upheld marriage equality in June and the decision extends nationwide. All Alabama probate judges remain bound by a federal court order to issue marriage licenses to same-sex couples.”

In the meantime, confusion reigns in Alabama, and it remains unclear whether same-sex couples in Alabama can still obtain marriage licenses via other venues.