WATCH: The Best of PlayStation Experience 2017 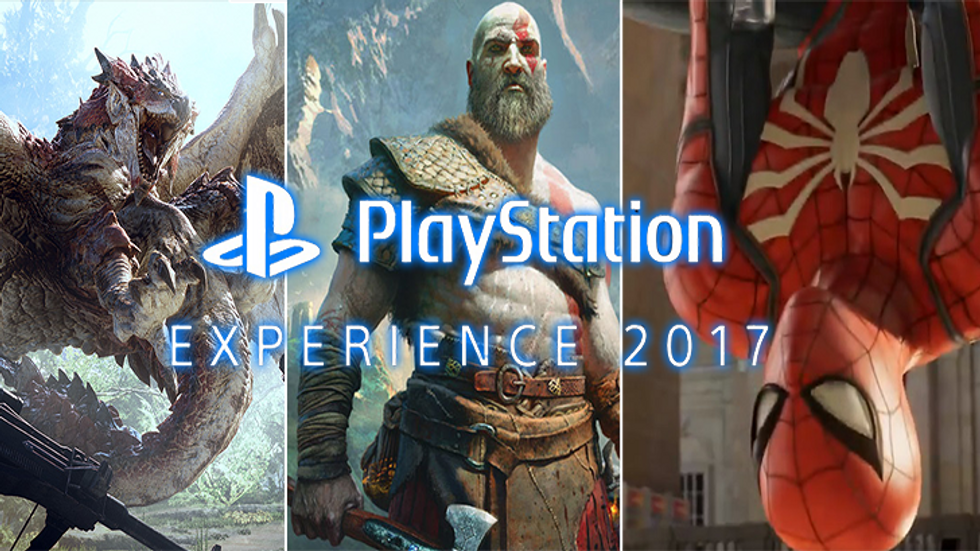 At the height of the holiday season, Sony opted to make it even more difficult to focus on shopping and preparation by hosting the 2017 PlayStation Experience in Anaheim, CA. During the weekend conference, developers, media, and enthusiasts gathered for a look at the exciting future of PlayStation.

While PSX 2017 was jam-packed with future releases, the following were some of the more exciting looks into what’s ahead for Sony’s PlayStation brand.

In 1998, Sony Interactive Entertainment and Guerilla Cambridge brought the gothic-horror title MediEvil to the PlayStation. During PSX 2017, it was revealed that Sir Daniel Fortesque would be returning once again in a 4K remaster.

The reveal was without many details, but Guerilla Games promises a “proper PS4-grade resurrection” of the quirky title, featuring all of the undead fun of the original.

Looking to amp up excitement for 2018’s PS4 exclusive Spider-Man, Insomniac Games’ writers Christos Gage and Dan Slott showcased a “behind-the-scenes” look at crafting the original story. More than a look into the storytelling process that led to the game’s deep, central narrative, the featurette also revealed new gameplay, which showcased traversing the city, combat, and the focal villain, Mister Negative.

If the PlayStation VR headset has proven anything, it’s that virtual reality may have found its foothold. During PSX 2017, three different virtual reality games received a bit of traction. Maybe the most surprising is a free virtual take on The Last Guardian. Though Team Ico’s whimsical tale spent so long in “development hell,” The Last Guardian VR is scheduled for a Dec. 12, 2017 release date.

Also getting the virtual reality treatment is everyone’s favorite undynamic duo, Rick and Morty. Virtual Rick-ality immerses gamers in the wacky world of Rick and Morty through mini-games based on the hit Adult Swim show.

Adding to the library of tactical games for the PS VR headset is Firewall: Zero Hour, a team-based, 4 vs 4 shooter. Developed by First Contact Entertainment, Firewall is a fast-paced game of skirmishes, compatible with the VR aim or Dual Shock controllers. The announcement was slim with details but enough was shown for a general gist of what’s to come.

During the Detroit: Become Human presentation, Quantic Dream producer Guillaume de Fondaumiere showed off gameplay in an interactive segment with the audience. As he played, controlling android Connor in a hostage situation, Guillaume asked his viewers to participate in decision making segments.

The gameplay showed the weight of the decisions and how quick they’d need to be made along with mechanics like “mind palace”.

With a PS4 exclusive beta launching right around the corner on Dec. 12, it was no surprise that Monster Hunter World received a bit of attention at the PlayStation Experience. What was unexpected was the addition of Capcom's own Mega Man as a skin for the hunter’s companions, the cat-like Palico.

As seen in the “Third Fleet” trailer, weapons from the Mega Man series will also be featured, such as the Charge Blade and Great Sword. This reveal came days after Capcom announced Mega Man 11.

The previous God of War titles were known for their linear story, but according to creative director Cory Barlog’s announcement at PSX 2017, the latest mythological, violent trek through time will be more open.

At an estimated 25 to 30 hours, the latest God of War is more than double the length of each game in the original trilogy. Barlog explained the larger size promotes exploration and branching paths and stated gamers should treat the game as a “tour bus.”

Despite the panel, there is still no scheduled release date in 2018.

The Last of Us II, Part II

One of the highs for PSX 2017 came during the The Last of Us, Part II panel, though details about the upcoming Naughty Dog game are still largely slim. During the panel, writer and director Neil Druckmann mentioned that the game is about "50 to 60 percent" complete and that, while dark and riddled with hate, it also mimics the original's ability to include lighter, more hopeful moments.

As for new content? According to Druckmann, that will come at E3 2018.