Why Utah Now Requires Anesthesia For Some Abortions

Utah law requires anesthesia for abortions performed after 19 weeks in order to protect the fetus from unsubstantiated pain. 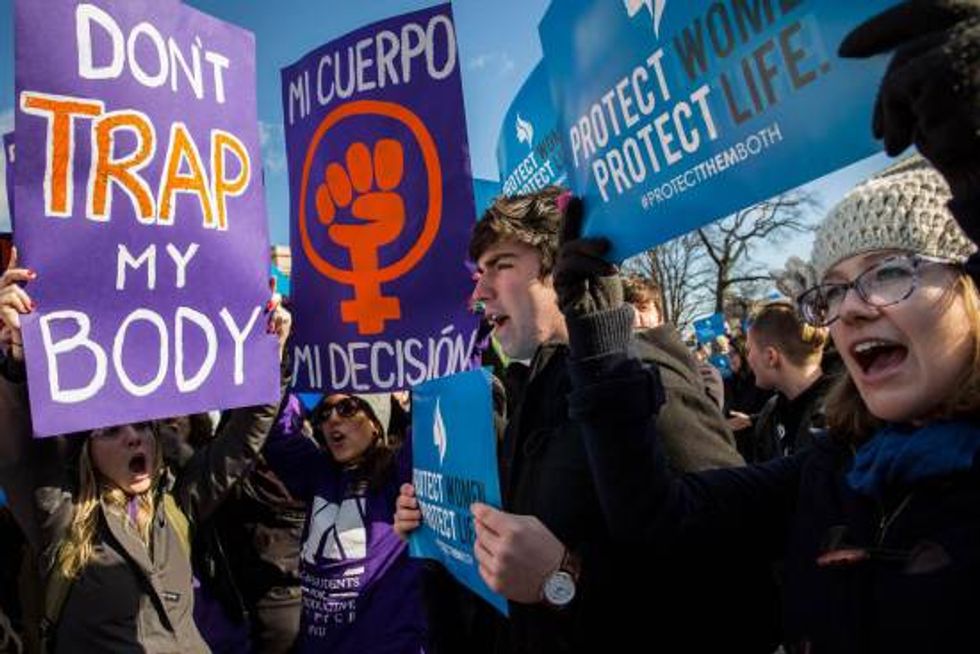 Late last month, Utah’s pro-life governor signed into law a bill that requires doctors to administer anesthesia to women having an abortion at 20 weeks of pregnancy or later. The bill requires anesthesia not for the mother’s pain, but for the fetus’s purported pain, based on the unproven premise that fetuses can feel pain at 20 weeks, despite scientific research finding it unlikely that fetuses have capacity to feel pain until the third trimester. Utah’s law previously required that doctors offer anesthesia to women at 20 weeks, but did not mandate its use.

Governor Gary Herbert acknowledged that it was unknown if fetuses feel pain, but decided he “wants to err on the side of caution.”

Women receiving abortions do not receive the same caution. General anesthesia, while generally safe, is not without complications, from the mild (postoperative confusion) to the severe (stroke, heart attack and death). “You’re now mandating [women] take that risk, based on inconclusive and biased evidence,” testified Sean Esplin, a Utah-based doctor, on the bill. “You don’t understand what you’re legislating.”

David Turok, of the University of Utah’s obstetrics and gynecology departments, agreed, “You never give those medicines if you don’t have to.”

Karrie Galloway, executive director of Planned Parenthood of Utah, criticized the bill for  politicizing a medical decision. “You’re talking to a woman who is being told that [Senator] Curt Bramble [the bill’s sponsor], a CPA, is better at practicing medicine than the

physician I have chosen. That’s what’s infuriating.” She continued, “I mean, we have fetal medical specialists speaking and they were discounted by a citizen who said, ‘I read it on the Internet and therefore it must be true.’ That’s how we do policy here in Utah.”

The law, the first of its kind, would not have widespread impact. Only 17 women had an abortion after 20 weeks in Utah in 2014. Utah law currently bans abortions at viability, generally considered between 22 and 24 weeks, and anesthesia is already offered (though not mandated). The low impact, combined with the dearth of scientific support for the bill, has led some to question the true motivations behind the bill: Is it truly to protect the fetus, or is to send a message about the politicians’ views on abortion at the expense of taxpayer dollars?

Whatever the impact, the law creates a slippery slope for future laws. If a law has been put in place based on “protecting” the fetus from pain at 20 weeks, based on scant scientific evidence, what is to prevent that number from moving up to 16 or 12 weeks? Moreover, now that 20 weeks is on Utah’s books as the point at which fetuses may feel pain, it seems a smaller step to move the ban on abortion up from 22 to 20 weeks. Twelve states currently ban abortion after 20 weeks post-fertilization based on the fetal pain hypothesis.

Senator Curt Bramble is outspoken in his view that abortions should be banned entirely and Roe v. Wade overturned. He said he initially hoped to ban abortions after 20 weeks, but was told that such a law would likely be challenged on constitutional grounds. He termed this law the next best option. “In this quote ‘medical procedure,’ let’s call it what it is. It’s killing babies. And if we’re going to kill that baby, we ought to protect it from pain.”

Evoking ideas of women as vessels, Republican Senator Margaret Dayton, who supported the bill, was clear. “This is not a woman’s bill. This is the baby’s bill.”