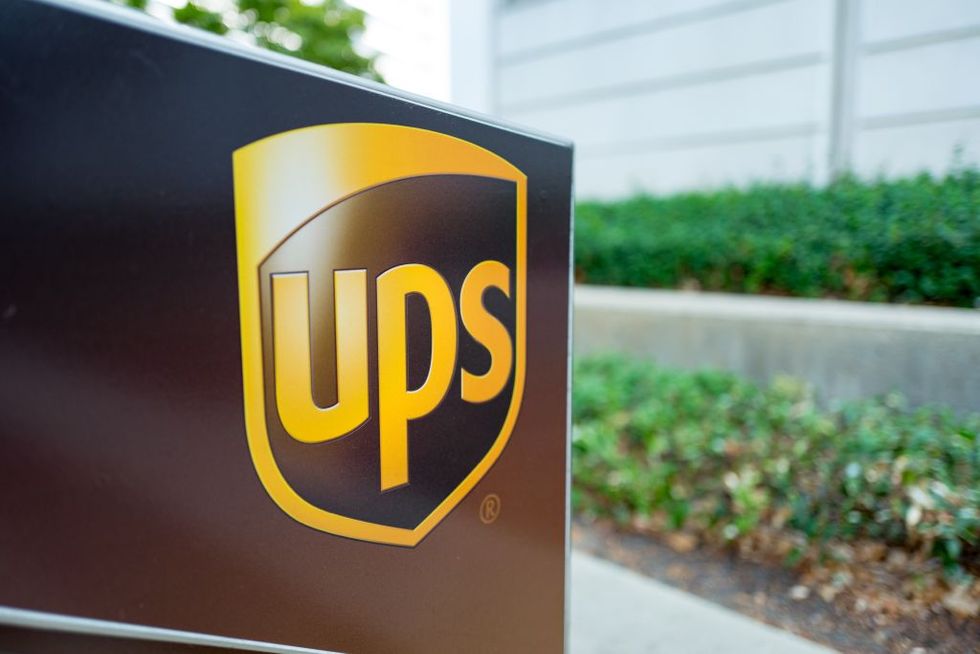 Close-up of the logo for United Parcel Service (UPS) on a package drop box in an office park in Concord, California, September 8, 2017. (Smith Collection/Gado/Getty Images).

Depending upon the state, the date may also celebrate Abraham Lincoln, who was born on February 12, 1809, and Thomas Jefferson, who was born on April 13, 1743. Some states also use the federal holiday to celebrate later, non-presidential political figures, like Daisy Gatson Bates Day in Arkansas, which honors the civil rights activist who was front and center in the Little Rock Integration Crisis of 1957.

However, the first celebration of President's Day specifically focused on Washington and was enacted by an Act of Congress in 1879 for government offices in Washington, D.C. According to History.com, "Senator Steven Wallace Dorsey of Arkansas was the first to propose the measure, and in 1879 President Rutherford B. Hayes signed it into law." Six years later, in 1885, the holiday was expanded across the country, which then only included 38 states, with the newest being Colorado on August 1, 1876. It would be nearly another 80-years before the most recent state was added to the union, Hawaii on August 21, 1959.

However, it wasn't until the Uniform Monday Holiday Act of January 1, 1971, that Washington's birthday was permanently made to be the third Monday in February. Now, all 50 states celebrate the first president and the other figures added to the date since then. The holiday now always falls sometime February 15 and 21, making it so it never actually falls on Washington's birthday anymore.

So Does UPS Deliver Today or Not?

According to their official website, UPS observes the following holidays:

This means that yes, UPS will deliver and the stores will be open today.