What Is the Compatibility with Amiibo & 'Skyrim' on Nintendo Switch? 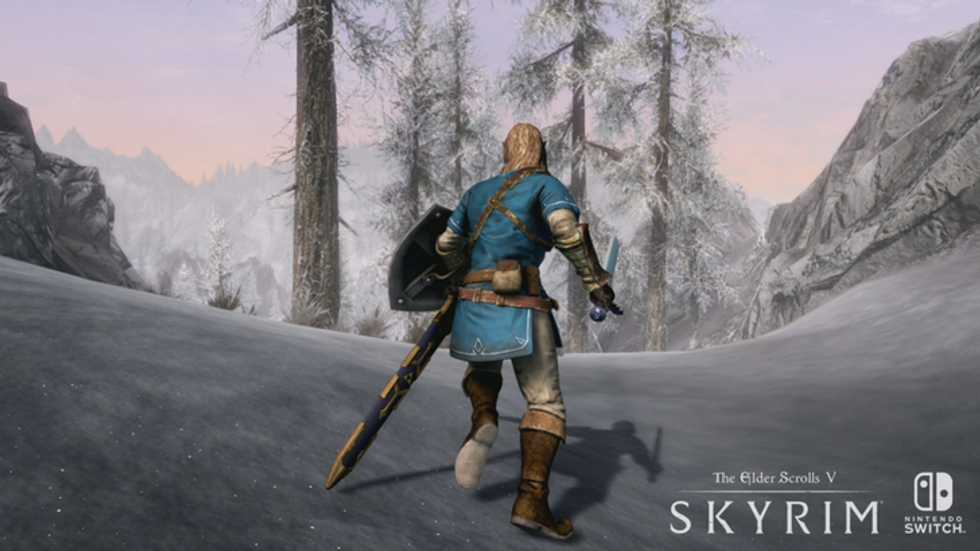 When Bethesda Game Studios announced that it would be bringing its role-playing hit The Elder Scrolls V: Skyrim to the Nintendo Switch, it opened up possibilities not previously available to the series. Most importantly, it finally allowed Bethesda to bring its popular series to a handheld-styled platform so players could enjoy it on the go.

One inviting feature of Nintendo’s unique console is the use of amiibo figures, which made their debut during the Wii U lifespan. Highly intricate and detailed, the figures provide in-game benefits for specific titles. For instance, Super Mario Odyssey benefited from the Mario Wedding Outfit Mini Figure by adding a new costume for the titular plumber.

Though Skyrim is a more mature title, it, too, will have amiibo compatibility. One of the earlier reveals was the use of Legend of Zelda amiibo figures to unlock the Master Sword, Hylian Shield, and Champion’s Tunic, all pulled from Zelda’s universe. Amiibos that will work to unlock the Legend of Zelda inspired gear include all Link and Zelda amiibos, Urbosa, Revali, Mipha, Bokoblin, Daruk, Guardian, and Ganondorf.

To pair any of the 154 compatible amiibos, while playing Skyrim, equip the “amiibo” function via the character’s “Magic” menu. Aim the reticle on an open spot on the ground and tap the desired figure onto the right Joy-Con controller. If the scan was successful, a loot chest will appear in game.

Each amiibo can only be scanned once every 24-hours and, as the time limit pertains to every save file, even reloading an older file won’t reset the time limit.

While random loot chests require an amiibo to obtain, the The Legend of Zelda gear set can be obtained without one. Simply start the “Throat of the World” quest and travel to High Hrothgar. Once the “Clear Skies” shout is learned, travel to the highest point in Skyrim and, after talking with Parrthurnax the dragon, make a left at the mountain’s peak. Travel around the side to a hidden cave where a unique treasure chest will award the Hyliand Shield and Champion’s Tunic.